Hale survives the crash and encounters park ranger Terry Carmichael (Samantha Mathis) and Deakins has devised various ways to slow down anybody else coming in to help, so they gotta John McClane and Zeus Carver it out. Slater and Mathis had already starred in PUMP UP THE VOLUME together. Later Mathis would be in another movie that Travolta was in, THE PUNISHER. They’re all fairly likable, but their characters are bland and lifeless compared to a Chance Boudreaux or a Castor Troy. END_OF_DOCUMENT_TOKEN_TO_BE_REPLACED 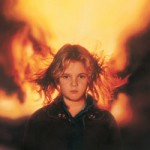 Anyway, Howie’s movie career was not a success, that is if you define success as “the ability to make enough money that they can keep making action movies starring this particular football player.” That never happened, but as far as I’m concerned he is successful in this movie. He’s square but likable and I guess it’s just nice to see a capable hero you haven’t seen a million times before. END_OF_DOCUMENT_TOKEN_TO_BE_REPLACED