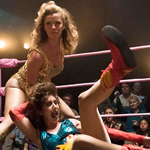 GLOW is a fun new Netflix show inspired by the 1986 founding of the Gorgeous Ladies of Wrestling. It’s not a historically accurate representation of people or events, and even the wrestling personas are sort of off brand or alternate dimension versions. There’s a Machu Picchu instead of Mountain Fiji, and a team called The Beatdown Bitties are similar to The Housewives. But it takes the idea of fringe Hollywood people doing a casting call for women willing to live in a house together and learn to wrestle, and makes it into ten breezy half-hour-ish episodes of dramedy. There are underdogs, friendships, creative expression and a winning let’s-put-on-a-show spirit. And the show they put on is women in crazy costumes and glitter makeup tossing each other around in a ring with pink ropes, which is better than some other types of shows that somebody might put on. END_OF_DOCUMENT_TOKEN_TO_BE_REPLACED 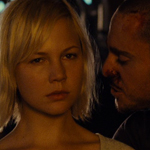 It’s got one of these prologues that begins mid-terror, a screaming blond named Emma (Adelaide Clemens) chased through some woods, captured by booby traps. Turns out later she’s from a rich family, but judging by these traps the kidnapper is not in it for the money. He just likes hanging girls upside down and stuff. END_OF_DOCUMENT_TOKEN_TO_BE_REPLACED