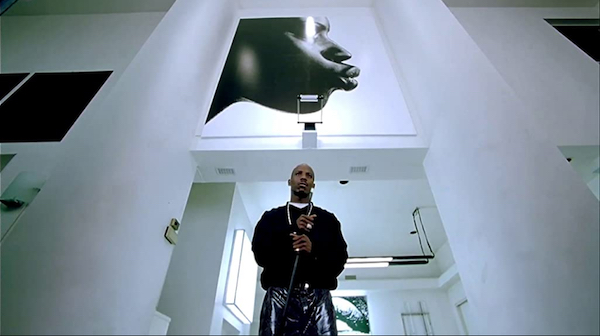 Man do I hate starting out sentences this way, but rest in peace to DMX, rap icon who wielded the most unwieldy mix of bravado, raw intensity, heart-on-his-sleeve vulnerability and demonic horror in some great and idiosyncratic music. He seemed to appear to us already on top, shocking the world with a completely new sound and cadence. The growls, the chants, the gothic organs, the kids chanting about DMX like he’s Freddy, the catchy anthems that still get our hearts pumping today. But underneath it a sense of sincere anguish and struggle.

In his almost 25 years of music and public life he seemed to always be running from demons, on the brink of possible disaster, yet it feels impossible that they finally caught up with him. From the beginning he talked about pain and fear, he covered himself in blood on an album cover, talked about Hell, gave literal voice to his darkest thoughts, prayed to (and conversed with) God, read sad poems. But he was also known for having fun – praising his friends, driving around on four-wheelers doing wheelies and donuts (a trademark!), boasting, being funny. 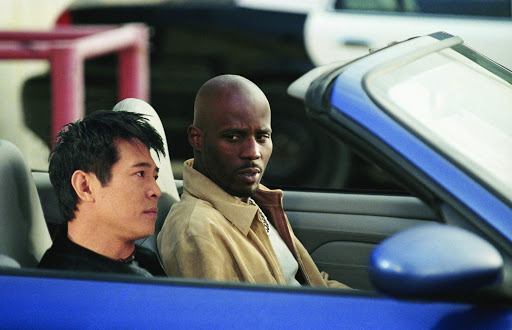 And of course he had an action movie period! He just happened to be on the top at the right time to intersect with Joel Silver’s action-star-with-rappers-and-R&B-singers period. So he co-starred with Jet Li and Steven Seagal in roles where he just seemed like DMX, even if his character was, like, a hacktivist. I love that kinda shit – his screen presence was more exciting to me than good acting would’ve been – but he showed much more potential in BELLY, the one movie directed by music video legend Hype Williams. Not everything about the movie works, but it looks absolutely incredible, makes numerous interesting artistic choices and really does harness that raw DMX charisma in a powerful way.

I was so hyped for NEVER DIE ALONE, where he was the lead and stretching himself more, adapting a book by Donald Goins. It didn’t turn out to be what I hoped for at the time, and everyone else seemed to ignore it (though I have since seen it discovered and enjoyed by a few people). Like for most movie star type performers there was kind of a decline in quality, and he was content to just show up in random DTV movies on occasion, more cashing in on his name and face than finding good roles. And that’s fine. I can respect that. His heart was on the mic. Why not also play “Davie” in FAST AND FIERCE: DEATH RACE? I’m sure it was fun.

It was long known that he struggled with addiction and mental health issues that got him into reckless and inexplicable misadventures, but in recent years he appeared to have settled down a little. It seemed like the guy who on his first album said, “And I fear that what I’m saying, won’t be heard until I’m gone / But it’s all good, ’cause I really didn’t expect to live long” was aging into an old legend. Last year I watched him on that Verzuz with Snoop Dogg and it was electric to see the two of them celebrating each others’ life’s work, gushing over each other, dancing around like total dorks.

It made me so happy to watch them like that I actually tried to take some live screengrabs to capture the vibe: 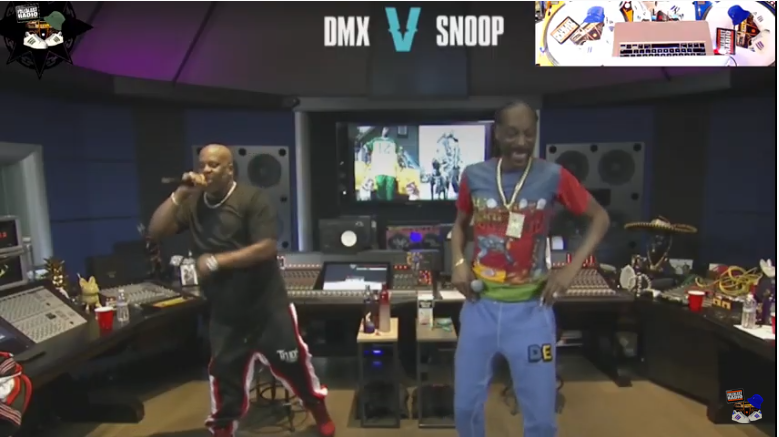 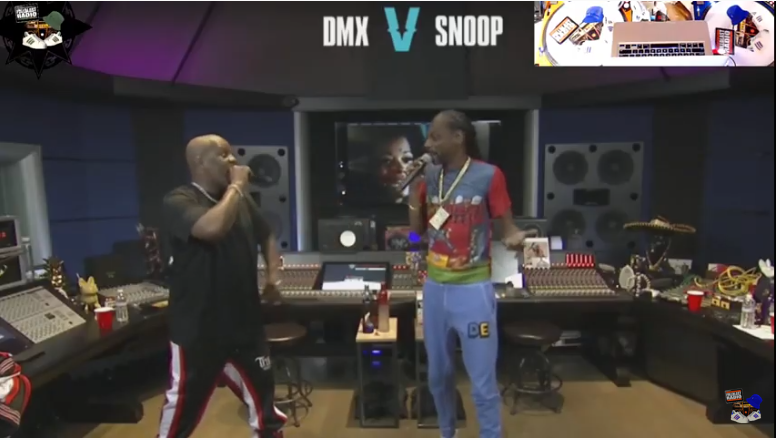 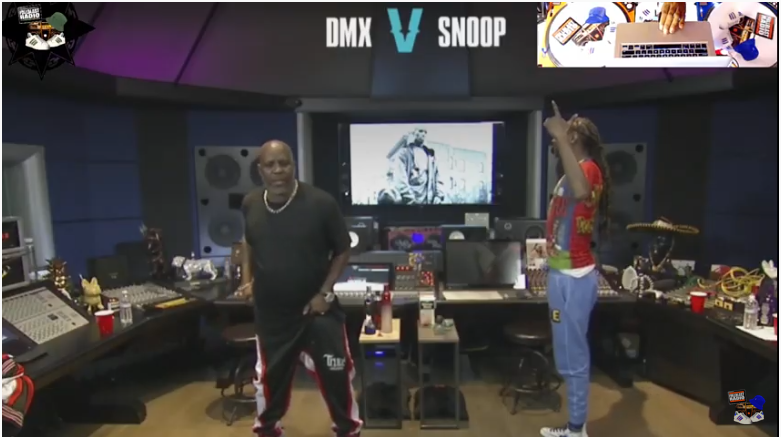 DMX had a belly like a retiree and seemed so humble and flattered, being self-deprecating, almost bashful about the compliments. I hope he was able to enjoy it and really understand how much the world loved him.

Here are my old reviews of some of his movies. They’re not my best or most respectful work. I’ve been thinking about revisiting the Jet Li American period, so maybe I’ll do them more justice next time.

DMX
This entry was posted on Friday, April 9th, 2021 at 12:29 pm and is filed under Blog Post (short for weblog). You can follow any responses to this entry through the RSS 2.0 feed. You can skip to the end and leave a response. Pinging is currently not allowed.