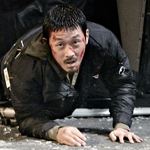 Of course the job is to kill a guy in South Korea. Memorize an address, go there, kill him, cut off a thumb to prove he did it. Keep the receipts, in other words. I’m not so sure his servitude is what pushed him far enough to say yes. I think it’s more the notion that he can look for his wife while he’s there. Kill two birds with one stone. Or kill one bird with one stone but use the same stone to try to find another bird.

Smuggled in with a boatload of other “Joseonjoks” (ethnic Koreans who live in China), traumatically roused and thrown over in the middle of the night, he soon starts staking out his target, but also doing the detective work to find his wife, following a trail of former employers and vague descriptions of people to look for, finding humble places to stay, getting tips about how to keep a low profile. 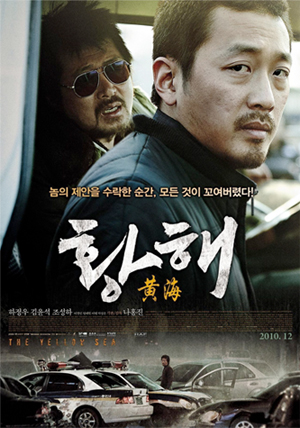 The big twist happens when the shit is about to go down. He’s waiting for this businessman to show up with his driver. He’s watched him, timed him, snuck in and did a dry run through. He’s feeling guilty because his target seemed like a nice guy – mistaking him for homeless one cold night the man gave him some cash. But he’s ready to bite the bullet, and then he sees some other guys show up, go into the building. From the outside he hears gunshots, a struggle and sees a guy get thrown out of the window! He has to run in to where some other people are already murdering this guy and see if he can get himself a thumb.

Director Hong-jin Na (THE WAILING) also did THE CHASER, which had a great scene where cops are trying to arrest The Chaser and he sort of bumbles his way out, more like a children’s football game than a brawl, just trying to push his way through and run his ass off, and they don’t know how to handle it. THE YELLOW SEA expands on that nortion with the crazy escape sequence where he runs through the apartment building, out windows, down pipes, while the building is surrounded. He never does cool action movie moves, he just scrambles. Determination, luck and the incompetence of the police save the day. There are too many of them, they’re literally falling all over each other.

But the boat ride home they promised him was a lie, and he’s wanted for murder, and also thugs working for a bank manager who worked with the deceased are on his trail. And he still hasn’t found his wife.

Also, Myun comes into town to straighten things out. Now it’s clear that he’s not your pal, but his villainy is compelling. While staying in a fancy hotel he gets attacked, but hears them coming and defends himself with an ax. (And later he has people scrubbing up the blood.) Soon he’s slumming it in a filthy squat and gets attacked again, and he fends that one off using a huge leg of meat.

And I mean, he’s kind of cool. At least when it’s other bad people who he’s fucking with. 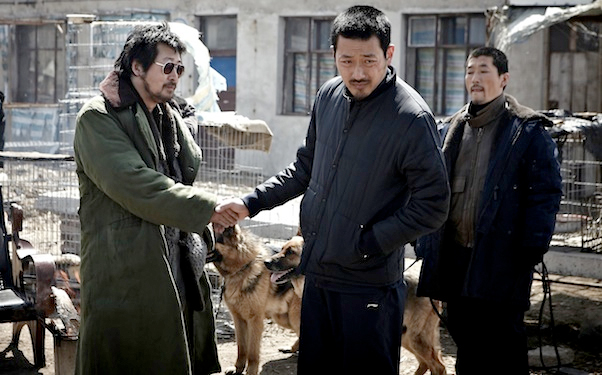 Being a South Korean film, yes it is extremely grim, and there’s a great deal of stabbing. The opening narration compares humanity to rabid dogs, and the mood never lightens. But it’s an extremely effective thriller, the sad story of a man with no choice but to run headlong into a dark cloud on the off chance that there’s another side.

Ha Jung-woo Hong-jin Na Kim Yoon-seok Korean cinema
This entry was posted on Thursday, May 25th, 2017 at 3:12 pm and is filed under Reviews, Thriller. You can follow any responses to this entry through the RSS 2.0 feed. You can skip to the end and leave a response. Pinging is currently not allowed.

6 Responses to “The Yellow Sea”