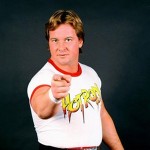 Script-wise, I gotta say, this is a half-assed affair. They got the maverick cop (Roddy Piper), the ex-soldier who is back in action on a one man mission of justice (Billy Blanks), standard issue evil druglords, damsel-in-distress sister and also the female reporter love interest always looking for a good story but who ends up trying to help (see also DARKMAN 2, UNIVERSAL SOLDIER). Also some obvious one-liners that I guess I got a laugh from, like when the bad guy thinks (let’s face it, naively) that Piper won’t kill him because of his Miranda rights. Piper stabs him and says “You have the right to remain silent. Forever.”

Other than that there is no effort to put any spice on the usual cliches or put them together in a way that makes sense. And it’s kind of stupid that Billy only thinks he’s on a one man mission of justice. He’s going after these drug dealers who he thinks kidnapped his sister, but actually she’s hiding from them in an apartment with her boyfriend. The filmatism is low rent like an American International Pictures jungle commando movie or something. There are lots of scenes at bars, warehouses and docks.

Piper seems to be trying, doing what he can with a nothing character. I realized during the scene when he looks at his dead partner that movie acting really has nothing to do with wrestling acting. He lets you read his facial expressions but doesn’t project them to the back row. I wonder if he ever fucks up and does wrestling acting on a movie shoot and gets yelled at by the director? And then he breaks a chair over the director’s head? That could explain why there are two directors credited. One had to tag in when the other one got knocked out. 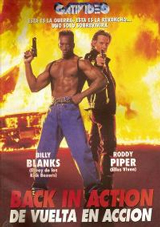 There’s a few cheesy laughs. I thought it was funny that Billy Blanks lives with his sister. That would be unusual even if they were college kids, but when you get a side angle on his high top fade you realize Billy has a pretty serious receding hairline going. Did they move in together after high school and just never move on after that? I guess he’s been in the military for a while, maybe she’s helping him out now that he’s back. By the way, he sleeps in his boxer briefs. We know because he has to fight a home invader wearing those. Buddy, your sister lives there, time to invest in a bathrobe.

Since I brought up the high top fade I want to mention something that occurred to me during the movie. I started to wonder if the ’90s were the only time in American history when black guys dressed more ridiculous than white guys. Any other time period they had the best fashion or pulled it off the best. ’50s and ’60s – nice suits. Late ’60s – you know Jimi looked better in that hippie shit than white people did. ’70s, white people start trying afros with little success. The other stuff, the collars and bellbottoms and shit, black dudes always wore it as good or better than white dudes. And I’ve already written about Richard Roundtree’s mastery of the turtleneck. ’80s, everybody’s wearing the same jeans and ringer t-shirts, except you got all those fuckin white rock bands wearing girl makeup, pretty hair and cheetah skin spandex and shit. Not working. In the rare cases where the brothers did it – Rick James, Prince – there is absolutely no question, they did it better. Way better.

But here we have Roddy Piper wearing a leather jacket he could’ve worn any time from 20 years before the movie until today and look pretty good. Nothing too flashy, a timeless getup. Meanwhile Billy’s got some loud purple speckled Huxtable vest, one like Cuba Gooding Jr. might’ve worn in BOYZ N THE HOOD. He doesn’t go too far, he never wears the white and black polka dots or the MC Hammer harem pants, but he looks pretty silly, and his sister dresses like she’s on her way to Fly Girl practice.

It seemed like a reasonable theory until the scene where Billy had to throw a white dude out a window. The guy had a wavy mullet, a blue tank top and zebra-striped Zubaz pants. Theory disproven. Oh well, I heard we live in a post-racial society anyway.

There’s alot of action, Billy doing lots of kickboxing, a car chase, some shootouts, a couple of explosions that cause guys to fly through the air. Cheesy but professional. By far the best scene is when Blanks and Piper first meet and get in a bar fight. Piper gets to do the whole fight like a wrestling match – clotheslines, leg drops, drop kicks. When Billy comes at him with high kicks he does the ol’ blinky “I just got hit in the face” wrestler expressions. It shows how the two styles differ and where they meet, and treats the less disciplined as equal to the highly disciplined. (Piper also uses wrestling moves in a couple other fights.)

But if this was supposed to be a Piper/Blanks buddy movie it didn’t really work out that way. They’re not in many scenes together and hardly get to know each other. Also, Piper never seems to realize this, but Billy is indirectly responsible for his partner’s tragic death at an undercover drug sting. Billy is a protective brother so he tries to get his sister away from her gangster boyfriend. He’s sneaking around at the cemetery where a drug deal is going down and causes an accidental uzi discharge that turns the sting into a shootout and ends up killing the partner. Thanks alot, Billy. (And his sister doesn’t even want his help anyway.)

This isn’t a very good one, but I’ve seen worse, and if you’re a big Piper fan like I am you’ll like him in it, which may make it worth it.

Billy Blanks Roddy Piper
This entry was posted on Saturday, April 18th, 2009 at 12:05 pm and is filed under Action, Martial Arts, Reviews, Thriller. You can follow any responses to this entry through the RSS 2.0 feed. You can leave a response, or trackback from your own site.

14 Responses to “Back In Action”