Jigsaw Needs to Study Up on Vincent Price

The 2000s have seen plenty of horror movies, remakes, sequels, remake prequels, etc. But no 21st century horror series has set up shop like Saw, out of which part IV opens this weekend. Few series gets past part II these days, so having a part IV makes Saw‘s antagonist Jigsaw (Tobin Bell) the closest thing today’s little horror fans have to a Freddy or a Jason.

But in truth Jigsaw’s shtick is not like any of the ’80s slashers. He’s more reminiscent of two characters played by Vincent Price: Dr. Anton Phibes (The Abominable Dr. Phibes and Dr. Phibes Rises Again) and Edward Lionheart (Theater of Blood). These guys are all bitter, arrogant old men who believe they have been wronged. They have a knack for setting up elaborate, sadistic traps, for eluding the authorities, for giving away clues without being caught. 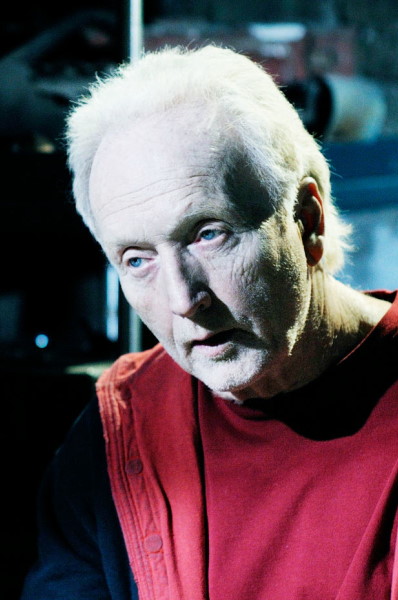 Jigsaw traps people in dirty rooms, he forces them to consider horrible things like cutting off their own legs or cutting open a guy’s stomach to escape. He builds devices that split people open; he nearly drowns a guy in pig guts; he puts a junkie in a situation where she has to dig through a pile of dirty needles. In short he is a mean dude. Dr. Phibes is similar: he builds a mask that crushes a man’s throat, a unicorn head that impales a guy, a deadly ice machine, and inundates people with bees, bats, rats and locusts. Lionheart cuts out a man’s heart, electrocutes a woman with hair curlers, even force-feeds a guy his own dogs until his stomach explodes.

But the Price characters have a deliberate pattern or theme to their killings, something that seems to make their game with the police a little fairer. Phibes bases his crimes on the Biblical plagues, and Lionheart on the plays of William Shakespeare. Jigsaw’s are free-form, based on his corny moral lessons so that the police aren’t given the same opportunity to predict the next crime before it happens.

Of the three, Lionheart gives the most bang for your buck. With Phibes, or especially with Jigsaw, you get a series of increasingly horrible deaths. With Lionheart you get that too, but also you get to see Vincent Price performing a Shakespearian monologue with each one. Price always said his role in Laura was the one he was most proud of, but I bet he had the best time doing Phibes, dressing up in all kinds of costumes and playing so many great parts all in one movie.

Another move Jigsaw took from Price was the female sidekick. Phibes has Vulnavia (Virginia North, Valli Kemp in the sequel), as a silent assistant. Lionheart has his daughter (Diana Rigg), who spends half the movie in an unconvincing mustache and Afro wig, and the movie acts like it thinks we’re gonna fall for it. Jigsaw’s sidekick Amanda Young (Shawnee Smith) is pretty cool because she has a pig mask and she started out as a victim in part I before she switched teams. She’s no Diana Rigg in drag, but she should serve Jigsaw well in parts IV through VII, even if he runs out of traps and videos he already made before dying, and if he doesn’t come back as a zombie, cyborg or ghost. 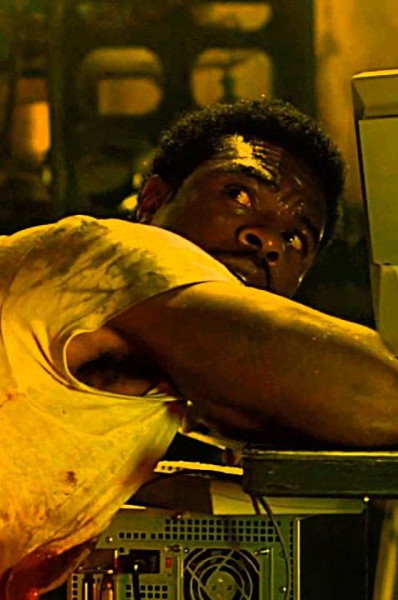 For the Price characters the crimes are a matter of revenge. Phibes lost his wife on the operating table so he targets the doctors who were there. Lionheart is a Shakespearian actor who didn’t win an award so he goes after the critics circle. (The pettiness of his motive is part of why the movie is great.) For Jigsaw I would argue that it’s less personal. He’s just showing off. He does go after a cop he says screwed him over, but most of his victims he just chose because he thinks their lives are empty and he can teach them lessons. This sanctimonious moralizing side makes him just seem like a prick, instead of a lovable prick like Phibes or Lionheart. I think he got that from Seven‘s John Doe.

Jigsaw and Phibes are both ailing. Well, Jigsaw was ailing, then he died. He used his frailty like jujitsu, throwing enemies off their game when they find out the guy tormenting them is this pathetic, dying old man. Phibes shows off more, wearing a mask over his burnt face and speaking through a tube. Both of them also play with dolls, Jigsaw sometimes speaking through a puppet, Phibes playing music with a life-sized animatronics’ band called The Clockwork Wizards. Of the two, Phibes clearly chose the most legitimate form of artistic expression and the more impressive feat of engineering. Come on Jigsaw, puppetry? Why not magic tricks next time? Or prop comedy? Grow up.

All three killers have an air of superiority that, while not as bad as them being killers, is a pretty bad characteristic for a dude to have. They think they’re better and smarter than everybody else and since their “games” are so hard to beat they might be right about that second one, and that makes it all the more infuriating.

But the Price characters seem like they’re having more fun with it. They’re amused with themselves. Jigsaw, and the Saw movies themselves, are deadly serious. Abominable Dr. Phibes and Theatre of Blood invite you to laugh and to root for the killers. Part of the difference is in the class of their victims. Jigsaw goes largely after the poor and working class: cops, junkies, petty criminals. One judge, I guess. Phibes and Lionheart go almost exclusively after the upper crust: doctors and theater critics, often rich, often with accents. You don’t really feel horrified or put yourself in their shoes like with a normal horror movie. You actually laugh at their fear sometimes.

So you’d think the Price movies should be much more offensive to our sensibilities than the Saw movies, but they’re not. They’re way more enjoyable, and nobody cares that they’re cruel and sadistic. Only new horror movies are a threat to the fabric of society. Once they’re more than 10 or 15 years old they get grandfathered into American acceptability.

Acceptable or not, I recommend Jigsaw and his heirs study the Price movies and learn how to loosen up a little. Where’s the fun in a horror movie where the killer’s not only killing and torturing, but he’s always trying to bum everybody out? To me Jigsaw was at his best when he was most absurd: in Saw III he made a woman use power tools to do brain surgery on him, while wearing a hilariously oversized explosive collar set to go off if his heart rate stopped. That’s a scheme that would make Phibes and Lionheart high-five each other, and nobody even had to get hurt.

Think about it, pig mask lady. With Jigsaw dead you got a whole new regime there, you might as well make some changes. Three Halloweens from now do you still want to be doing the same sequel over and over, with the messed-up traps and the twist ending with the montage lifted from The Usual Suspects? Or do you want to be doing Bride of Chucky? I think you know what to do. Thanks pig mask lady.

Saw Tobin Bell
This entry was posted on Friday, October 26th, 2007 at 3:54 am and is filed under Other Sites, Vern Tells It Like It Is. You can follow any responses to this entry through the RSS 2.0 feed. You can skip to the end and leave a response. Pinging is currently not allowed.