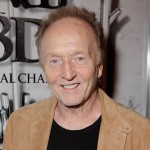 All of these series have time passing, they might have a back-to-back story like HALLOWEEN and HALLOWEEN 2 but for the most part when you get to a sequel it’s been a year or more and a new group of people is here to have a run in with Freddy or whoever. The SAW series is very unusual in that this is part 4 and they are still dealing with the same killing spree, same characters introduced in previous sequels and still connecting everything to those events, and the timeline even overlaps with the last one.

Okay, to be fair there is one twist. At the end of part 3 the killer “Jigsaw” was dead. And this is not a supernatural series so he’s not gonna come back as a zombie. So the opening scene, maybe the closest thing to a good scene in this movie, is Jigsaw’s autopsy. It’s very disgusting and graphic as two morticians take that prick’s body apart piece by piece. And then when they cut open the stomach they discover a chunk of wax with a microcassette inside. Oh shit.

So that’s a funny idea (especially since there was no reason to swallow the fuckin thing – what’s wrong with leaving it in your pocket, Jigsaw?) and the closest thing to the glorious ludicrousness of that one scene I liked in part 3 where a lady had to perform brain surgery on him using power tools and she was wearing a large explosive collar set to go off if his pulse stopped. But if you want to enjoy the craziness too bad, you will be too busy trying to keep track of the plot and characters of this fuckin thing. You might be able to do it, but I can’t. I had to go read the wikipedia synopsis afterwards to get an idea what happened.

So I will at least give them credit for finding a new way for a horror movie to suck. I don’t think I’ve ever seen another sucky horror movie where the main problem was that it expected too much out of me. I remembered that part 3 had a cliffhanger, so I assumed they would recap what that was and then followup on it. Instead they completely ignore it and throw you into something else until the cliffhanger suddenly comes up at the end. You need to remember who all the different supporting police characters are from various other entries in the series, and what their fates were. For example this character played by Lyriq Bent, apparently he was in the other movies, now he’s the main character. He’s trying to find Donnie Wahlberg, who I think got kidnapped two movies ago if I remember right. Costas Mandylor is trying to find his daughter, I believe that was the aforementioned cliffhanger. I remembered that Jigsaw had a female assistant, I forgot that she died. You need to remember these characters plus recognize other cops who are now strung up in traps, plus recognize the dead bodies of other characters when they come across them, plus follow flashbacks of Jigsaw that explain why he does what he does and see how they tie in to the investigation of his posthumous work. You need to keep track of all these characters and be able to recognize them whether they’re in uniform or tormented and gagged or in flashbacks. And some of the scenes are intentionally shown out of chronological order to trick you, as if that was necessary.

Remember how I was feeling sorry for Donnie Wahlberg and other less famous siblings? It sucks to be Frank Stallone or Barry Yun Fat because you’re always gonna be the butt of a joke. Also it sucks because you have to say yes to returning to your successful horror series and you end up like poor Donnie, having a movie where literally all he does is stand on top of a block of ice with a chain around his neck, moaning and sweating and almost dying. Probaly wasn’t one of his more enjoyable shoots is my guess.

The original HALLOWEEN started with little Michael killing his sister after she has sex. John Carpenter always says he didn’t do it on purpose, but the movie slasher from HALLOWEEN to FRIDAY THE 13TH (and I guess going back to PSYCHO) tended to be very prudish and judgmental about sexuality. There’s even a FRIDAY THE 13TH tie-in book from a few years ago where Jason hooks up with Christian fundamentalists who admire his tough stance on premaritial relations. The SAW movies have sort of turned out to have their own type of holier-than-thou moral superiority bullshit in their killings.

By part 4 I’m starting to wonder if I’m supposed to actually agree with this prick in his “tests” and “lessons.” His whole m.o. is that he sticks his nose in everybody’s business and then tries to make them feel bad about their failures by forcing them to cause others horrible machine-inflicted torture and death. In this one he’s going after a cop who he thinks needs to learn that he can’t save everybody. It’s true, he has become too obsessed with this case, and it’s ruined his marriage. So Jigsaw is real concerned. He’s like a Yankee Dr. Phil.

I don’t know though, that one seems kind of vague. I wonder if in part V he will “play a game” with a cop who puts himself down too much, or doesn’t know how to accept a compliment, or doesn’t open up about his feelings enough. You know one thing I like about Chucky, he is a killer doll trying to transfer his soul into a human body. You get what he’s up to. He’s an asshole but at least he’s not on some self righteous moral crusade.

If there really are people out there who like these movies and are willing to put in the hours of research and careful study to understand what in fuck’s name is going on I hope one of them will put together a timeline to show all the planning and preparation this asshole had to put in to play these “games.” When did he do what? Show us what kind of preparation and setup would be involved in building these machines, recording these tapes and videos, kidnapping the victims and leaving the trail of clues that gets people into the right places at the right times. They’re already doing two more installments, so there is even more that we don’t know about yet. This guy was a hell of a planner, just imagine what he could’ve accomplished in urban planning or wedding planning or one of those types of industries.

Anyway in the last scene there is a shocking discovery when they finish the autopsy and it turns out there’s another tape stuck up his ass. And it has a note on it that says to disregard the other tape, he changed his mind after he swallowed it so please listen to this tape instead.

Nah, just fuckin with you. Actually there is some kind of cliffhanger twist at the end, but I know I won’t remember it when part 5 comes out, because I finished watching half an hour ago and I already forgot what it was. Sorry guys, you lost me.

Tobin Bell
This entry was posted on Saturday, August 30th, 2008 at 8:26 pm and is filed under Horror, Reviews. You can follow any responses to this entry through the RSS 2.0 feed. You can skip to the end and leave a response. Pinging is currently not allowed.