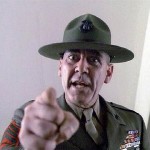 It’s October 1st, when I like to start binging on horror movies to prepare me mentally and spiritually for my annual wishing I had something to do on Halloween. But this time I’m in a new apartment building so I decided to watch this Tobe Hooper picture I never seen called THE APARTMENT COMPLEX. It’s made-for-cable and only on VHS but it’s also the start of Hooper’s recent “doesn’t suck as bad as you’d think it would” period. So it’s historical.

Chad Lowe plays some dipshit psychology student who becomes the manager of a weird apartment building with strange goings on. It’s not eerie, atmospheric horror but that goofy post-Twin Peaks thing where all the characters are eccentric and it’s supposed to be dark and funny. There’s some twins, a police psychic, a possible murderer (Patrick Warburton), a shut-in, a crazy but possibly wise homeless man, a pair of insane stuntwomen, R. Lee Ermey, etc. Also there’s an ordinary young black couple, I’m not sure where they fit in, except maybe to show that white people are crazy. The previous manager was obsessive compulsive and he disappeared, so Lowe has to dig through all the crazy shit he left to try to solve the mystery. John Polito plays the sleazy slumlord who hires him and obviously he’s the right guy to play that character but then his name is “Dr. Caligari” which is just stupid. 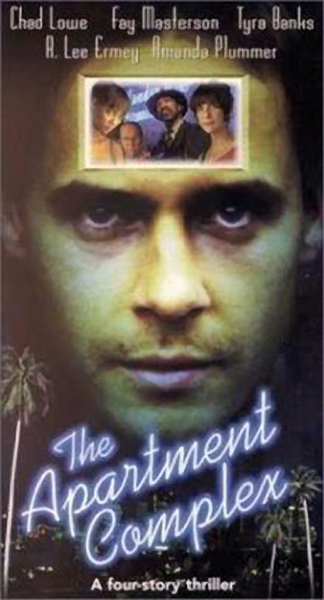 The problem besides the guy being named Dr. Caligari is that in a story like this you’re supposed to empathize with the newcomer and experience this crazy world through his eyes. But personally I wanted this asshole to get eaten by his precious lab rats. I blame both the script (by TV writer Karl Schaefer) and Chad Lowe for making this character such an annoying moron. He stumbles and stutters and digs holes for himself by saying idiotic things, for example implicating himself by the way he words things when talking to homicide detectives. Maybe he’s supposed to be a lovable bumbler, but he seems too proud of himself for that. He’s always well meaning and you still can’t feel sorry for this guy.

They also hit one of my pet peeves because there’s alot of scenes where he’s looking at the old manager’s journals and we can read what it says on screen but he still reads it out loud, like we’re babies. The worst is a scene with a pretty cool gimmick, he has to deliver a package to apartment 17, but the numbering goes from 16 straight to 18 and he gets lost. But during this entire scene – even before he realizes anything is unusual – he reads the numbers of every apartment he passes! “Fourteen. Fifteen. Sixteen. Eighteen? Let’s try this again. Fourteen. Fifteen-”

You just want to punch the fucker. If this was a guy I knew I would fucking snap after a while. GOD DAMN IT DON’T READ EVERY WORD YOU SEE! KEEP IT TO YOUR GOD DAMN SELF! Can you imagine being in a car with this freak? “Stop. Speed limit 35. Left turn only. Arby’s. Car wash. Half Price Furniture. Labor Day Sale.” SHUT THE FUCK UP CHAD LOWE! WE GOT OUR OWN EYES.

For a TV movie it’s watchable though, and has some pretty cool ideas here and there. One of the main threats is a huge snake that gets loose, and I like how only two characters know it exists (one only as he’s being crushed by it. Unfortunately not Chad Lowe). There’s nothing that tells you this is the director of TEXAS CHAIN SAW MASSACRE, but it does have a hell of alot in common with TOOLBOX MURDERS, which I’d say is his best movie of the past 15 years or so. APT. and TOOLBOX are both about weird old buildings with strange histories and bizarre architectural anamolies that seem to attract or cause mayhem and insanity. In TOOLBOX he treated it more seriously and took it much further, turning the apartment into an occult object tied directly to the murders. I guess you could say Hooper is a director obsessed with location. Could the Texas chain saw massacres happen anywhere other than Texas? Those murders happen because of the land, the invasion of property. In THE FUNHOUSE the actual structure seems to enhance the madness and in these ones it is the madness. Also there’s a part where R. Lee Ermey wears a girly-looking bathrobe that looks like a dress.

I guess the ultimate destiny for this movie is for some bored insomniac to stumble across it on cable in the middle of night and feel their time was not wasted. So there’s definitely been worse.

Tobe Hooper
This entry was posted on Wednesday, October 3rd, 2007 at 10:48 am and is filed under Mystery, Reviews, Thriller. You can follow any responses to this entry through the RSS 2.0 feed. You can skip to the end and leave a response. Pinging is currently not allowed.

One Response to “The Apartment Complex”