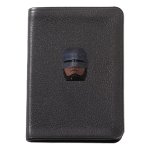 Paul Verhoeven has always been one of the top weirdo-pervert directors in my book. (Literally – in my book 5 On the Outside I had a review of THE HOLLOW MAN in chapter 9, “WEIRDOS, CREEPS & PERVERTS.”) Less pedophilic and more of a crowdpleaser than your Larry Clark, Verhoeven is a true original. Even making a studio movie about a cyborg he manages to tell a story with a strong point-of-view about the state of the world. Throughout his years in Hollywood, Verhoeven made many great popcorn movies that outrageously pushed the envelope of violence and sex and sneakily snuck in some subversive politics. And that’s pretty much my favorite type of movie in the world is one that does that. It’s like some poor sucker buys a box of Mike and Ike’s and doesn’t realize somebody tossed a couple MATRIX red pills in there.

But hot damn, I didn’t expect a movie this good out of him at this date. I’m a ROBOCOP man, I’m a STARSHIP TROOPERS man, a TOTAL RECALL man, even to a certain extent the world’s only HOLLOW MAN man. But I’m ignorant of his pre-robots and spaceships period in his native Netherlands, I’ve never even seen SOLDIER OF ORANGE (which this is I guess a companion piece to). So I didn’t know what to expect when Verhoeven packed his bags and went back to the motherland for an expensive by their standards thriller set in the last throes of World War II. The movie he made came out officially in 2006, but since it’s a new release here it’s an early favorite for my BEST GOD DAMN MOVIE OF 2007.

BLACK BOOK is the story of Rachel Stein, a fictional Jewish singer in the Netherlands trying to cross over into the safety of Allied territory. Her plan goes south, but she ends up joining the Resistance and changing her name to Ellis. Throughout the movie she is involved in many adventures and ordeals, but her primary mission involves going undercover as an employee and lover of a Gestapo leader she met on a train, a guy named Muntze. Her friend tells her what a bastard this guy is, but on the train he had seemed kind of charming, and showed her his stamp collection. “And such a man collects stamps,” she says, curiously.

And most of the characters in the movie are filled with those kinds of contradictions. The main theme of the movie is that even in a situation like this, The Last Great War, nobody is 100% good guy or bad guy. Even the most appalling character in the movie, the bastard who killed Rachel’s family, is shown to be human in a disgusting sort of way (we see him drunk and naked after sex, taking a piss and then trying to grope Rachel without washing his hands). And it becomes clear that you shouldn’t trust most of the people even on your own side. Some of them really try to follow their own code and not lose their humanity in fighting the Nazis, but they screw up. Others appear to have those same morals, but are really traitors. Rachel’s SS boss and lover sometimes does the right thing by trying to “negotiate with terrorists,” so his side turns on him. Rachel’s side misunderstands what she does and turns on her. After the war, many of the victims, understandably and disappointingly, start doing appalling shit to people, just like their enemies.

All this we see through the eyes of Rachel, a perfect performance by the gorgeous Verhoevien beauty Carice van Houten. She starts out looking almost regular by Verhoeven standards, but once she has to bleach her hair (yes, including her pubic hair, way to go Verhoeven) and cleans up she turns into a tough as hell version of a Naomi Watts type. Let’s be honest, she is sort of a James Bond type super hero. She performs this dangerous mission fearlessly, almost seeming to enjoy it. She knows how to use her sexuality as a weapon and still seem ladylike. Plus, van Houten really does the singing, in both German and English. One scene that sums up her super powers is the one where she has to sing German songs at an Adolph Hitler birthday party. While she’s singing this fat Nazi asshole who she despises comes up behind her and starts doing a whistling solo. But she doesn’t flinch, she plays her part and smiles at this ugly fucker like he’s Cary Grant. Which would be hard to do even if she hadn’t just busted open a passage to the boiler room so her comrades could, at that very moment, break into the headquarters and rescue the hostages locked up downstairs.

It’s interesting because supposedly Verhoeven and his co-writer worked on this for 15 years, but never could get it to work until they realized they should switch their hero to a heroine. I don’t get it because I can’t imagine how this story could’ve been told with a dude. And that dude sure wouldn’t have been as good of a character as Rachel.

This isn’t gonna be a huge mainstream hit in the US. For that it would have to be really bad and star Will Ferrell or Nicolas Cage, which I would be against for this particular movie. This one’s mostly not in English and it’s almost 2 1/2 hours long. If you’re one of these people who gets mad every time a movie has the audacity to take the time to tell a big story then by all means, stay home and flip the channels around while checking your phone messages. But still, this is alot like Verhoeven’s best Hollywood movies because it’s always exciting, never boring, and the substance part of it sneaks up on you like a ninja. It’s a thriller, an old fashioned adventure, with a classic score that sounds like Bernhard Hermann or somebody. This movie didn’t remind me of THE PIANIST or something like that as much as it reminded me of those old great adventures that happened to be set during wars, like THE GREAT ESCAPE or THE DIRTY DOZEN. You’re with the resistance and you’re rooting for them to pull off their capers, plant their bugs, rescue their friends. It was only at the end that all the atrocities and double crosses and ironic twists of fate accumulated enough to really get me at a deeper level. There’s an ironic note at the end of the movie that manages to be quick and almost subtle. Things end up fairly happy for Rachel on a personal level, but at the same time profoundly sad for all of humanity.

The opening says it’s inspired by true events, which refers to some of the things going on in the movie like Nazis pretending to help Jews escape, then killing them and stealing their money. That point-of-view I mentioned from ROBOCOP and STARSHIP TROOPERS was always said to be shaped by Verhoeven’s childhood living in the Hague near the German headquarters, where he witnessed all kinds of violence and had neighbors bombed by the Allies trying to get the Germans. Now here he is making a movie that takes place right there. A WWII movie from the perspective of someone who saw people victimized by both sides.

Yes, he was there, but this is his movied up version of the war. Rachel’s friend compares her to Greta Garbo in MATA HARI. At one point Rachel gets thrown in a filthy prison cell, but she’s still wearing a party dress and has a big red flower in her hair. The only time this type of thing got silly in my opinion was when Rachel was a prisoner of war and still had an amazing hairdo. Historically, the movie is probaly bullshit. But hey, it’s closer to actual historic events than ROBOCOP or STARSHIP TROOPERS. Like those movies, but moreso, the surface is not the real world, but underneath it definitely is, there’s a truth to it.

Remember I started this review with a metaphor seamlessly connecting Mike and Ikes candy to the subtext of a popular science fiction movie of the ’90s. That was a pretty fuckin good move in my opinion, I will accept your congratulations on that one. Although Mike and Ikes did exist in the 1940s (and are certified kosher) they do not appear in BLACK BOOK. However, alot of Cadbury chocolate is eaten in this movie (at one point it saves her life), so I apologize if that makes another candy metaphor too on-the-nose. BLACK BOOK is a chocolate bar. A delicious Cadbury chocolate bar with a creamy filling of essential truth.

Paul Verhoeven
This entry was posted on Wednesday, April 18th, 2007 at 5:46 pm and is filed under Drama, Reviews, Thriller, War. You can follow any responses to this entry through the RSS 2.0 feed. You can leave a response, or trackback from your own site.