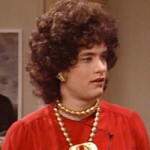 ROAD TO PERDITION is that gangster movie that came out to pretty good reviews a couple years ago that we all forgot about already, but I never saw it until now so I’m late to the party I guess. Please disregard.

This movie is modeled after old fashioned gangsters movies. But it’s based on a comic book by Max Allan Collins. The comic book itself is modeled after LONE WOLF AND CUB, either the Japanese comic books or the great movies based on the comic books, I’m not sure which. Also I’m guessing it’s a little bit based on some real life historical type business since it’s got Al Capone and whatsisdick Nitti in there and I think somebody said Elliot Ness is in the comic book, and maybe some other historical figures like Thomas Jefferson or Voltaire or one of those guys. As you know I don’t read comic strips, but I have read a good book by Collins called TWO FOR THE MONEY. Actually it’s two books reprinted as one by Hardcase Crime, taken from the Nolan series, which is modeled after Richard Stark’s Parker series.

So there’s a whole lot of adapting and homaging and alluding and what not going on here and to be honest, somewhere in all that monkey business I think the translator got fucked up. This is not a bad movie by any means and it really stands out in certain areas, but it’s not the great movie that an individual with high standards, such as you or I, demands. I guess that’s sort of Sam Mendes’s thing. This is his second movie as a director, after Academy Award winner for Best Picture AMERICAN BEAUTY and before Art Director’s Guild nominee for Excellence in Production Design – Contemporary Feature Film JARHEAD. After getting so much (partly deserved) acclaim for AMERICAN BEAUTY he’s sort of in the “A-List Director” category so you hold it more against him when he makes his type of movie: pretty good but then if somebody starts saying they’re great you get annoyed and start imagining that they’re terrible. But really they all have their moments.

As you know if you’ve seen the movies, LONE WOLF AND CUB is the story of a shogun’s executioner framed by rivals and his wife is killed, so he takes his infant son and goes on the run, and travels around as a ronin for hire, having badass samurai adventures and killing people while his son looks on and learns to kill. (The series is also known as BABYCART because the li’l guy is in a baby cart with weapons that come out of it and he even sometimes fires them off himself). ROAD TO PERDITION is a loose gangster version of that basic setup. Tom Hanks (the kid from POLAR EXPRESS) is the right hand man to kingpin Paul Newman, but Newman’s jealous son (Daniel Craig, the James Bond who almost stole MUNICH) sets him up to get killed and kills his wife and kid. Hanks gets away alive and so does the son he’s least close to. He loads the kid into his old fashioned gangster movie car, tells him the house is now just a building and not their home, and takes off.

So just like LONE WOLF AND CUB he’s now this cold-hearted killer who barely talks, dragging his son around for some killings. Instead of a sword he gives the kid a gun, instead of pushing him in a babycart he teaches him to be his getaway driver, and instead of adventures they rob some banks in a montage. Capone and Nitti are helping to hide Daniel Craig, so Tom Hanks and cub rob these banks and demand only dirty money from Capone and Nitti’s accounts. That way they can maybe pressure the fuckos to give up Daniel Craig for the purpose of bloody revenge.

The title literally means they’re going to a farm town called Perdition, Kansas where they hope to stay once they’ve got the shogunate and the fuckin shinobi and all those guys, or their gangster equivalents, off their ass. Also it might be some kind of symbolism, it is hard to tell due to its subtlety.

First thing’s first, the photography is gorgeous. The legendary Conrad Hall Sr. shot the fucker right before he kicked, then he went and won an Oscar from beyond the grave. Lots of shadows and fog and shit. There’s a real nice scene where there’s a shootout at night and you don’t see the gun firing, the camera just pans across a groups of gangsters as they fall down dead.

Also it’s a good cast. The kid is good, Daniel Craig is good, Paul Newman is good, which is something I’ve noticed he does sometimes. Jude Law is the most impressive of everybody as a weird crime scene photographer/assassin who’s been hired to kill Mr. Hanks.

But you know what, the main thing that undoes this movie is the same thing that made it make its money back. Fucking Tom Hanks. Now don’t get me wrong, he does as good of a job as he could do and it’s interesting to see him playing a different type of role than he usually plays, and by usually I mean “in every movie he’s ever made.” Not just because he’s a killer but also because he shuts the fuck up for most of the movie, none of that easy going regular guy charm he’s always tossing all over the place. So, good job Tom Hanks. But bad job Sam Mendes for putting Tom Hanks in this movie. So you made a fancypants move by hiring Forrest Gump to play a gangster, but that doesn’t mean it’s a smart move. Let me explain.

The whole thing about this character, if you think about it, is that he’s a cold blooded killer on the surface, and a nice guy deep down underneath. The main point of the story (emphasized by the kid in narration at the beginning and end of the movie) is that this guy is known for his amazing gun skills and for exacting his badass revenge. He killed alot of people while he worked for Paul Newman and he killed alot more people tying up the loose ends after they killed his family. To history, he is a mass murdering crook. And to his son he was a distant father, even before the kid knew what he did for a living. But on this little road trip to Perdition, Kansas and various banks along the way, the kid learned about the other side of his father, the nice side, the loving side, the honorable side, etc.

So if that’s what the screen story is telling us, we should be looking at this guy and saying, “My god, look at this murdering bastard, he’ll shoot your balls off if you look at his hat the wrong way,” and then be surprised to see him bonding with his son and then you start to see him in another light. But by stunt casting the guy from YOU GOT MAIL, they get the exact opposite. You look at him and say, “Ha ha, it’s Tom Hanks,” and then you say, “Whoah, Tom Hanks shot a dude,” which is exactly backwards of what the movie is trying to tell us. The movie sabotages itself. The casting rats out the screenplay.

Not that the screenplay is an upstanding citizen either. The story is kind of muddled. I don’t know how close it is to the comic book but it seems like they fucked up adapting it, started taking out scenes and leaving in scenes and not realizing that what they had left didn’t really connect. For example, there’s a bunch of stuff in the beginning setting up that all the gangsters can’t tell Tom Hanks’s two sons apart. Then one of the sons (the main character of the movie) sneakily follows his dad on the job and witnesses Daniel Craig killing a guy that he was only supposed to threaten. Daniel Craig later ends up killing the other son and the implication is that he thought he was killing the witness.

The problem is, there’s no reason in the story why he needs to kill the witness. His dad already found out and chewed him out in front of all the big wigs. Everybody knows about it and is pissed at him for it. He’s obviously gonna endanger his life and piss off everybody more by killing the family of his longtime partner. So it doesn’t really work.

A weirder problem I had was the narration I mentioned earlier. The story is narrated by the kid, looking back on the events, but he’s still a kid. He says things like “I never picked up a gun again” and seems to be looking back with the wisdom of years of experience, but he’s clearly the same age as he is in the movie. What the fuck? If he was supposed to have some kind of Emmanuel Lewis type kidney condition or something they probaly shoulda mentioned that in the movie. Unless his kidney condition was a surprise twist that subtly provides a piece of the puzzle that explains everything and I was just too stupid to pick up on it.

I’m not trying to steer you away from ROAD TO PERDITION, it’s not that bad. But I’m not gonna steer you toward it either. Get it, steer is a driving related word, and the kid drives a car, and the title involves a road. that was pretty clever in my opinion how I did it that way. thanks.

Daniel Craig Tom Hanks
This entry was posted on Thursday, May 4th, 2006 at 1:30 pm and is filed under Comic strips/Super heroes, Crime, Drama, Reviews. You can follow any responses to this entry through the RSS 2.0 feed. You can leave a response, or trackback from your own site.

3 Responses to “Road to Perdition”