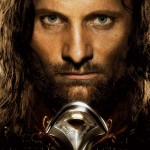 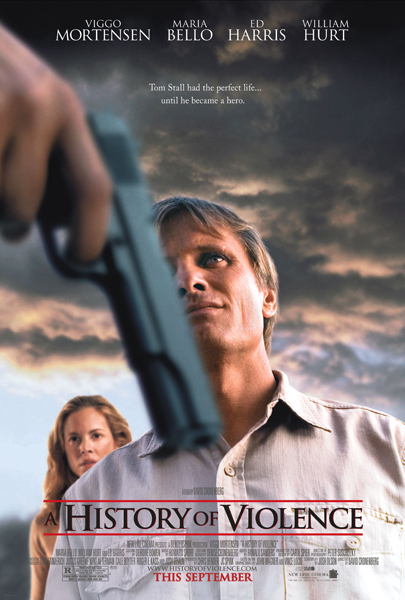 This is basically a smart thriller, a simple one, nothing complicated, no crazy twists. It’s short and sweet although it moves at a somewhat deliberate pace (which is code for “some assholes will say it’s too slow but they’re wrong”). This is pretty much the most “normal” movie Dave Cronenberg has ever made. But it’s intense, intelligent and serious so it doesn’t feel like some kind of sellout movie. Just a rare moment where the guy is working on a wavelength that normal humans might be able to relate to. I’m sure his next movie will have vaginas growing out of people’s arms and machines made out of tongues and crap like that and you and I will enjoy it but I think it’s nice that once every ten or fifteen years he is willing to invite the rest of the neighborhood in for a show. Just tell them it’s the guy that did THE FLY and DEAD ZONE. But this one is less weird. Actually tell them it’s HIDALGO.

If you saw the trailer you pretty much know the first part of this movie: Viggo is Tom Stall, a family man in a small town, runs his own diner, beloved by the community, etc. Then one day some drifters try to rob him, he jumps over the counter and blows their fuckin heads off, etc. This makes him a local hero and media sensation, but you know, you don’t get moves like that from pouring coffee. That’s clear to Ed (KNIGHTRIDERS) Harris, a mobster from Philadelphia who shows up at the diner sporting a creepy fucked up eye and calling Tom “Joey.” I like Ed Harris, like in that Alex Cox movie WALKER. So I forgive him for stalking poor Tom and his family, seeking retribution on behalf of that fucked up left eye.

So you got a good suspense story about how Tom is gonna deal with these thugs that insist he’s Joey from Philly. But then it gets even better when it becomes clear to everybody that he really is Joey from Philly. This is kind of a problem because he probaly shoulda filled in his wife and kids on all this. So they don’t take it that well.

I know what you’re thinking, because it’s the same thing I was thinking. I thought this was gonna be a complete history of violence, starting with a caveman beating some guy with a conch shell or something, and ending with some shit that went down in an alley somewhere earlier today. So the title may be misleading to some of us but it is a good double meaning type title. Literally, Viggo has a history of violent acts, but also it is indeed an exploration of attitudes toward different types of violence. You got your self defense, your revenge, your punishing kids, your rough sex. Tom has all these things inside him in the form of Joey, but he really wants to leave them behind. So in a way this is a second cousin of one of my favorite types of movies, the “I’m a pacifist and I hate violence but jesus I really gotta kill this fucker” movie. (Think UNFORGIVEN, BILLY JACK, much of the Seagal ouvre, etc.) But I think it is a little more serious about the pacifism than those movies usually are. You can tell because it doesn’t brag about it. He never has to say out loud that he’s against violence.

This movie has the same dilemma that DANNY THE DOG UNLEASHED had. As compassionate human beings you’re rooting for this guy not to have to resort to violence, but as a moviegoer you’re rooting for him to break a motherfucker’s neck. This is no action movie but there were 3 or more scenes in here that had the audience cheering loudly as some fucker got what he, you know, deserved. And come to think of it that’s part of Cronenberg’s point I think.

For me this movie worked on every level. Great job by Cronenberg and the dude who wrote it (best known for his work as art department production assistant on MASTERS OF THE UNIVERSE). But the real highlight is Viggo Mortensen in what is in my opinion the best performance in his career so far. Which is saying alot because this dude is always great. There’s no show offy overacting so he probaly doesn’t have to clear any space for an oscar. I mean he’s not playing a retarded math genius or nothin. He does get stabbed in the foot but I don’t think that counts as being disabled. Anyway he is great as this quiet, timid guy who, if you push him real hard, will take the gun out of your hand and break your nose with it. But he’d rather not. He gives the character much more humanity and dimension than somebody else would’ve.

About ten minutes into the screening, some lady asked out loud “What is this guy from?” So if anybody else is wondering, he is the guy from CARLITO’S WAY. Also, I don’t know if any nerds read this web sight or not but he was in RETURN OF THE KING. You’ll notice him, he plays the guy who is returning. So that is what he is known for but after this movie I think many women will remember him as the ruggedly handsome man of their dreams who enjoys going down on his wife. There’s a couple sex scenes in here that mix it up from the usual Hollywood formula. A certain hilarious two digit number is paid tribute to for example. And there’s no candles or Santana songs.

William Hurt is in here too, not sure if he is generous in bed or not, they don’t make that clear. But he is hilarious. This is a grim movie but there are some good laughs every once in a while. By Cronenberg standards, it’s fuckin AIRPLANE!.

Fans of Cronenberg’s movies will notice alot of little allusions to his greatest works. For example, tell me that opening scene doesn’t remind you of some of the shit that sicko pulled in NIGHTBREED. And there are many cold-blooded mobster/hitman type characters reminiscent of his character “Man by Lake” in TO DIE FOR. I didn’t notice any references to THE STUPIDS but I’m gonna have my eyes peeled for that if I see the movie again.

Actually I’m just bullshitting, that doesn’t happen in THIS movie. Or does it? There’s really no way to know until you see it on Friday.

David Cronenberg Ed Harris Josh Olson Maria Bello Viggo Mortensen Viggronenberg William Hurt
This entry was posted on Friday, September 23rd, 2005 at 6:00 am and is filed under AICN, Drama, Reviews. You can follow any responses to this entry through the RSS 2.0 feed. You can skip to the end and leave a response. Pinging is currently not allowed.

35 Responses to “Brace yourselves! Vern reviews Cronenberg’s A HISTORY OF VIOLENCE!!!”