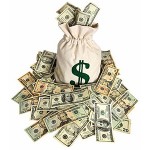 As you know, last week I reviewed CUBE PART 2 and DRACULA PART 2. You know what that means: I’m right in the middle of a straight to video binge. The economy is gettin real bad, in my opinion, and it’s gonna get a whole lot worse when the bombs start dropping. It’s hard to justify paying 8 clams to go see some asshole in a red leather coat pretending he’s blind and can fly. I love you boys, I’d trust you with my life, I’d let my kids sleep over at your ranch, whatever. But for now I’m gonna have to hold off on trusting your recommendation of a movie that looks that silly. Maybe next week.

Anyway I think that’s a pretty good excuse for my quirky habit of digging through piles of video screeners hoping to find gold or at least some kind of shiny aluminum. Usually the best stuff I find is ridiculous straight to video sequels, but occasionally I find a GINGER SNAPS or an ED GEIN or a DOG SOLDIERS. A good low budget movie that for whatever reason didn’t get much of a release here in the unleaded states of america.

Today I found PAID IN FULL, which it turns out is not really straight to video. According to IMDB it played on 273 screens after Dimension released it last October. Didn’t get much attention though, at least not in these circles. When I typed that title into the search engine here I got a big fat fuckin zero. Thanks alot, search engine. 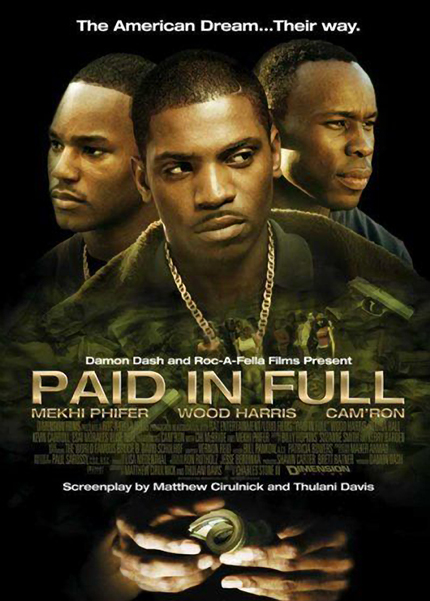 So in case you never heard of it, it’s a gritty crime drama set in 1986 Harlem. The video cover just has a big picture of Mekhi Pfeiffer with a gun, but it’s really the story of 3 kingpins in the early days of crack, their rise and their fall, which of course happens when they turn on each other.

I know what you’re thinking. Another corny BOYZ N THE HOOD style romp. Two friends, one of them is the goody two shoes destined-to-co-star-in-talking-dog-movies hero who tries to teach the other one to go to college but instead he gets killed in a drive-by, blah blah blah. Or maybe you’re thinking this is one of those low budget, bad acting, impossible-to-get-all-the-way-to-the-end-of crime sagas that Snoop Dogg and Ice-T and Fat Joe and MC whoever else keep making special guest appearances in. Thankfully, it’s not either one of those types of pictures.

I didn’t know this while watching, but it turns out the story is based on the lives of 3 legendary Harlem crime figures known in real life as AZ, Alpo and Rich Porter (in the movie they are Ace, Rico and Mitch Porter). The story is told in “Ace”‘s point of view because it was re-written from the real guy’s autobiographical screenplay. (His screenplay was called “Trapped”, not “AZ.” Take that, Antwone Fisher.) These guys have apparently had their stories told in many rap songs and in a documentary called GAME OVER (PART 1). So what you got is kind of a peek inside a world most people never see, an Iceberg Slim kind of “why I did it and how I got out” tale.

Remember that ugly shirt Cuba Gooding was wearing in BOYZ N THE HOOD? What the fuck man. In retrospect, we should’ve seen SNOW DOGS coming.

Anyway, the story has a very natural, true to life feel to it as it chronicles (in about 90 minutes) Ace’s journey from a straight laced laundry delivery boy to a more down-to-earth Superfly trying to maneuver his way out of a disastrous run as a kingpin. Mekhi Pfeiffer, whose first role was as a young dealer in Spike Lee’s CLOCKERS, here graduates to the smooth, Mercedes driving, medallion wearing neighborhood hero whose lifestyle eventually tempts his friend Ace away from that job at the dry cleaner.

Pfeiffer is great as always, but I was more impressed by Wood Harris as Ace. He’s been in several movies and tv shows I guess but to me he’s a fresh face. He has a very quiet, humble demeanor. Most of his acting is in his eyes. You can see him thinking things through, but he’s not exactly a genius. He’s kind of impessionable. He wants what everybody else has. For example when the loose-cannon-partner Rico (a good performance by some rapper named Cameron) is in a bar showing off a video of himself fucking a chick doggy style while wearing a gold rope and spraying champagne everywhere, Ace scolds him. But he also seems like he’s kind of thinking, hmmm… should I do a tape like that?

This vulnerability makes him more charming, and makes it all the more impressive when he outsmarts everyone in the end. (Or does he? I wouldn’t give that shit away man.)

The director is Charles Stone III, a music video director and creator of the “whassup” beer commercials that I saw once or twice and saw lamely parodied about seven point three million times. He also directed DRUMLINE. His work here is very competent. A nice gritty period look to it, lots of fade haircuts, puffy vests and airbrushed graffiti shirts. I would’ve liked to see them go even further with the period music and fashion detail – have you ever seen the photography book _Back In the Day_? That would be interesting to really see that period recreated 100%, but what we have here is convincing enough. It’s subtle, too – there is period slang in there, and references to the early rap scene and what not, but you don’t feel like they did a bunch of research and tried to cram it all in there. And though this guy is a video director I didn’t notice any show offy camera moves or quick cuts like Michael Bay or those god damn british crime movies.

Now don’t worry, I’m not gonna try to sell this one to all readers of The Ain’t It Cool News. I read the talkbacks, man. I see how some of these guys flip out every time a rapper is in a movie. Like when they thought DMX was remaking ‘M’, or when they knew for sure 8 MILE was gonna be just like COOL AS ICE and was gonna be laughed off the screen. If that’s you then forget it, of course. But if this story sounds interesting to you, give it a shot, it’s a pretty good one.

true crime
This entry was posted on Monday, February 24th, 2003 at 9:50 am and is filed under AICN, Crime, Drama, Reviews. You can follow any responses to this entry through the RSS 2.0 feed. You can skip to the end and leave a response. Pinging is currently not allowed.