Vern Is TOUCHed By Michelle Yeoh!! 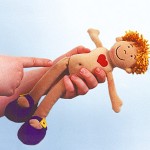 Vern rules. If you don’t know that by now, then here’s your chance to figure out why.

I know you ran a couple reviews of THE TOUCH starring Michelle Yeoh before, but I thought I’d throw in too. I mean look harry you and I go way back, just give me another chance to commune with those talkbackers you got. I’ve been practicing and I think I can win em over this time. The secret is not to mention that I’m an award winning Writer and then I really think those fuckers might take a shine to me. Don’t print that part harry, thanks bud.

In case you don’t keep up on this type of crap, THE TOUCH is the movie Michelle Yeoh decided to produce and star in after the success of Outlaw Award Winner CROUCHING TIGER, HIDDEN DRAGON. The skipper this time around is Peter Pau, in his directational debut. That’s what got me interested because I love Peter Pau, the cinematographist who won an Oscar for CROUCHING TIGER and is widely acclaimed for his work on such BRIDE films as WITH WHITE HAIR and OF CHUCKY.

This guy knows his photography, in my opinion, especially when he’s working with Ronny Yu. He’s great for all that operatic chinese mythology business but he can apply it to other works too. He really made those puppets look good in the Chucky picture, for example, and he did the same for talking kung fu kangaroos in WARRIORS OF VIRTUE (which by the way was probaly the first american movie with extensive “wire fu.” In my opinion, 1997 is before THE MATRIX). I am also a fan of Mr. Pau’s work on DOUBLE TEAM, the best of the Van Damme/Hark surrealist series.

Well in THE TOUCH Mr. Pau finds himself photographing a story about a family of circus acrobats (Michelle Yeoh, others) who do a glitzy, Las Vegas style show called The Touch. At first I was kind of thrown off to see the logo of the movie inside the movie, like it was some product placement error with the potential to cause an eternal consumer feedback loop (must see The Touch – am already seeing The Touch – must see The Touch). But no, it’s the name of the circus show within the movie. Don’t be stupid.

Well meanwhile there is a Generic British Villain who just got himself a valuable relic carved by Tibetan monks, that will lead to some other monk related relic that will make him powerful, etc. The thief who got this relic for him (Ben Chaplin) decides to steal it back and bring it to his old friends the circus performers who, it turns out, raised him, which is why he can do John-Saxon-in-ENTER-THE-DRAGON-style kung fu. Also it turns out this family was destined to protect the artifact anyway. Long story short, it’s Michelle Yeoh and friends vs. British Villain and henchmen to track down this magical thing made out of monk ashes. So sort of a contemporary buddhist Indiana Jones with kung fu.

By the way I didn’t catch what city this all takes place in, but it’s some part of Asia where everybody prefers to speak english.

I agree with your other reviewers in most departments. The script is pretty generic. The comedic dialogue teeters between almost embarassing and mildly amusing. The over reliance on green screen/digital type effects takes away some of the ol’ sense of danger.

Still, I thought this was a SLIGHTLY above average movie. I never got bored. Michelle Yeoh is always fun to watch, and she has several good fights. She doesn’t act quite as well in English but she’s not bad. And she gets to do the patented Michelle Yeoh Bitch Slap where a guy sneaks up behind her and she kicks him in the face over her own shoulder.

The other reason is Mr. Pau’s photographicry. He’s the director of photography here as well as the director of everything besides photography, so there are many gorgeous shots in the movie. He’ll have some normal shot that you could use stock footage for, like an airplane in the clouds, and make it look incredible. I especially liked all the lights inside the temple and the gigantic ceremony during the epilogue. There are a lot of Jackie Chan and Jet Li movies getting shipped over here that may be better movies overall, but at least this one excels in the visual department. Give it credit for that. Movies are a visual medium, in my opinion. That’s why you watch them.

If Miramax keeps stalling on releasing this one I can understand why. It’s not going to live up to anybody’s CROUCHING TIGER comparisons, and it’s not that much better than if she had just done an American production. But more than that it is hard to Miramax a movie like this. How do you dub a movie into English when it’s already in English? How do you retitle a movie to be more boring and generic when it’s already called THE TOUCH? And how do you cut out half an hour when it’s just over 90 minutes? It might take years of board meetings for those geniuses to surmount these challenges.

I’ll save them the trouble. Here’s how to piss all over this one, Miramax style. I recommend changing the title to GET YOUR TOUCH ON, redubbing Michelle Yeoh’s voice with Jennifer Love Hewitt (in Mandarin) and splicing in Orlando Jones or somebody reacting to the fight scenes the way Rudy Ray Moore did in SHAOLIN DOLEMITE.

Anyway I guess Miramax is already talking about financing a sequel. I don’t see anything wrong with that. Ms. Yeoh and Mr. Chaplin make a pretty good team of buddhist relic hunters. I’m sure they could have another adventure that would turn out better. Ms. Yeoh is more believable jumping around than he is though so I think she should strap Chaplin to her back for the next one.

Michelle Yeoh
This entry was posted on Monday, December 2nd, 2002 at 6:33 am and is filed under Action, AICN, Reviews, Romance. You can follow any responses to this entry through the RSS 2.0 feed. You can skip to the end and leave a response. Pinging is currently not allowed.

One Response to “Vern Is TOUCHed By Michelle Yeoh!!”