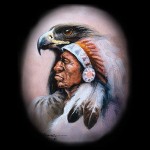 Sometimes in a man’s life, he decides to move from Hong Kong to America, do a movie with Jean Claude Van Damme and then spend the rest of his life struggling to regain what he once had. Fighting to just be John Woo again. Hoping to recapture that innocent time when he was the guy who did THE KILLER and HARD BOILED and not the guy who wants to produce a computer animated movie about ninja turtles.

Maybe you read about all those teenage Iraqi christians who went on a long journey hidden between boxes in the back of a truck to escape persecution and find freedom in America, and Uncle Ashcroft thanked them by throwing them in prison on unspecified “immigration violations” with no charges or plans to ever release them. Well this isn’t as bad, but I think most americans are still pretty ashamed of how we rewarded all the Hong Kong directors seeking asylum in Hollywood with the Curse of Van Damme. Anyway, if anybody could’ve overcome it we all thought it would be John Woo.

And there are different schools of thought as to how much John Woo has Totally Lost It at this point. I think I stand in the majority in saying that FACE-OFF could proudly sit on a shelf not exactly alongside his Hong Kong work but, you know, not that far below it. Maybe across the room or something but still, within the same basic section of the house, in my opinion. It was a movie that brought american style action to ridiculous new levels, while backing it up with way more sincere emotion than most americans thought they wanted. And you also gotta admire some of the gutsy choices he made, like doing this ridiculous face switching concept in a not-futuristic setting, and casting Joan Allen in a role that any other director would’ve given to a young blonde model who wants to try acting. She even gets a buttshot with suggestive bass guitar. It was definitely a John Woo movie, but it also tried some new things he hadn’t done before, like sci-fi concepts and actors playing multiple roles. I think Nic Cage was more impressive here than in the one he won the oscar for, NIGHT OF THE DRUNK or whatever it was.

But then there was MISSION/IMPOSSIBLE. I am still amazed that one hollywood blockbuster series based on an old tv show could get Brian DePalma, John Woo and David Fincher all to do one. It shoulda been great, but Woo just didn’t work out. Maybe he didn’t know how to work with that kind of studio involvement. It’s a really dumb movie but at least he put some John Woo moments in there, like the car chase that was like a dance or the scene where the bad guy disguised as Tom Cruise takes his Tom Cruise face off and underneath he is crying because his lady friend betrayed him. I figured Woo missed on this one, but he still had it in him. I didn’t agree with the people who said he had finally lost his soul.

But WINDTALKERS doesn’t help my argument. This is his World War II drama, about one of those “little known chapter in american history” type deals. Turns out Navajos were used as “code talkers”, broadcasting american military orders in coded Navajo language so the Japanese couldn’t translate it. The premise is that Nic Cage is assigned to protect one of the codetalkers, or more specifically, protect the code. If the codetalker Ben is in danger of falling into enemy hands, Nic is supposed to kill him.

Now tell me that’s not a premise John Woo should be able to hit out of the park. You got the violence, you got the cultural sharing, you got the bonding, honor, betrayal – all that John Woo shit. Obviously Nic is gonna try not to get too close to Ben, then is gonna get too close, then is gonna get in the situation he was afraid of when he tried not to get too close in the first place. You kinda know what’s gonna happen, but you don’t REALLY know what’s gonna happen because who knows where John Woo is gonna take you? Well, that’s what I thought. But John takes that and instead of giving us a John Woo picture he gives us your every day mediocre american war picture.

The movie starts out with Nic’s bad war experience before he gets the codetalker assignment. He follows an order that he probaly shouldn’t have and it ends up getting all his buddies killed. So this sets up that he’s got something to prove and in the very next scene, they’re already zooming in on him and you hear all his buddies yelling in agony. Like we might’ve assumed he was thinking about something else as he sits in a wheelchair at the veteran’s hospital. Half an hour into the movie I think there were already 3 different types of flashbacks used.

Now let me say that although it was wasted, I appreciate that they even used this topic. A while back I was trying to explain to my correspondent Andrew from New Zealand that in american popular culture, native americans barely even exist in a contemporary type situation. With the exception of SMOKE SIGNALS and an occasional big guy in a prison movie, it’s like a meteor came down and killed all the natives when John Wayne started playing cops. In New Zealand it sounds like most people are aware of issues involving descendants of the natives vs. descendants of the settlers. And not just ’cause a Maori guy played Django Fett. But here white people seem to forget that natives even exist outside of casinos and firework stands. Here at least is a movie acknowledging the existence of natives in the 20th century, and they also show that a native can be raised catholic and believe in the US of A and all this business.

Unfortunately there is nothing in this movie that is a surprise, except the part where Christian Slater gets graphically decapitated. Not to give anything away. To illustrate this concept, let me give you a brief quiz.

1. There is a macho character who makes racist comments about “injuns” and picks a fight with Nic’s Navajo partner Ben.

TRUE OR FALSE: This character ends up being saved by one of the Navajo and immediately admits out loud that he was wrong about them.

2. In the inevitable climax, Ben is injured and it is Nic’s duty to kill him before he is captured. Although Ben was angry when he learned of the “protect the code” orders he is now resigned to do his part, and yells for Nic to “Do it! Kill me!” What happens next?

a) Nic kills Ben and must live knowing that he has done right for his country but wrong for his friend. The audience is left to mourn the loss of Ben and contemplate whether to trust your country or your conscience.

b) Nic suddenly puts the gun down, announces “No one else dies!”, and dies heroically saving Ben. In an epilogue, Ben brings Nic’s dog tags to a scenic landscape and performs a traditional Navajo ritual with them.

And I’m afraid this doesn’t work on an action level either. First of all, I’m no expert but I’m pretty sure this “world war 2” was an actual war. So it’s hard to get as excited about the action as you do say in HARD BOILED when it’s a total fantasy, and they’re riding around on gurneys or sliding down banisters shooting through thug after thug.

In the past though that didn’t stop John Woo from achieving. BULLET IN THE HEAD for example has that whole Peckinpah “outraged by the violence I am depicting so beautifully” type feel. I mean that’s what the whole movie is about, a dude who still has a bullet lodged in his head, as a constant reminder that this shit isn’t really so fun. There are some incredibly brutal scenes in a Vietnam POW camp. In fact I saw a double feature of this with HARD BOILED afterwards and a couple people actually walked out in the middle and missed HARD BOILED completely, because they couldn’t take it.

Well the war is pretty brutal here too, with lots and lots of bayonet stabbing, people catching on fire, also I don’t know if I mentioned this but Christian Slater gets his head lobbed off with a sword and you see it laying on the ground there for a second. (Spoiler.) The problem though, is fucking Jerry Goldsmith. This asshole did the score, and he won’t fucking shut up. You know how that gal Lauryn Hill from the Fugees, she does some songs where she’s covering Dionne Warwick or whoever, and she’s singing, and the rapper Fugees have nothing to do. But they don’t want to feel left out so they’re on stage too going “1 2, 1 2, yeah, yeah.” They don’t know how to restrain themselves. Or another example, some bands they got a guy on guitar, he’s always gotta be fuckin soloing, he can’t just do some rhythm to back up somebody else every once in a while. They always gotta be in the spotlight.

Jerry Goldsmith is that guy. All through the battle scenes, all you can think of is TURN THAT FUCKIN MUSIC OFF. There is no way to get involved in the reality of these scenes because Jerry is so busy rubbing up against you trying to show off how triumphant he is. Later on there are a couple scenes where he starts trying to be a little less bombastic and a little more on the majestic side, but even here it pulls you completely out of the movie. This is a problem that only the American John Woo could have. The Hong Kong John Woo would have no problem dealing with Jerry Goldsmith. “Hey Jerry, I want to show you something in this room over here. Sit down Jerry. Oh, hold on, I forgot something. Wait here.” Then he locks the door. They can do that over there, because they don’t worry as much about unions and insurance and shit.

Anyway, it’s not a terrible movie. I’ve seen worse. But I’d rather John Woo stay home with his kids than go to battle just to make movies that Rob Cohen or somebody coulda made.

NOTE: actually turns out it was James Horner who scored it, not Jerry Goldsmith. I would change it in the article but I am too busy. Sorry Jerry.

John Woo Nic Cage WWII
This entry was posted on Saturday, June 15th, 2002 at 9:09 am and is filed under Reviews, War. You can follow any responses to this entry through the RSS 2.0 feed. You can leave a response, or trackback from your own site.