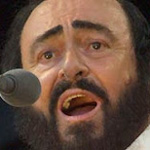 Hey don’t feel bad twins, because I saw even more walkouts at PISTOL OPERA and that one’s by one of the old masters, Seijun Suzuki. And I’m not gonna make any excuses for these fuckers walkin out because this was truly a wonderful picture.

That’s one of my favorite parts of the film festival is watching people trying to restrain from walking out just long enough that they feel like they’re still open minded. And as soon as one person walks out there’s another two or three on the same aisle who follow while they have their opening.

My guess is they wanted a little more pistol and a lot less opera. Especially at the end, it gets so stagey and artistic-like they must’ve felt like they accidentally bought tickets to the legitimate theater. But if you’ve seen some Seijun Suzuki movies (I’ve only seen the obvious ones, BRANDED TO KILL and TOKYO DRIFTER) you know what you’re in for and it’s not some pre-curse-of-Jean-Claude-Van-Damme John Woo shootout spectacular. It’s got a kitschy plot about colorful, nicknamed assassins competing for the coveted #1 killer slot, told with bold colors, very theatrical sets and often with dance-like movements. Not like Gene Kelly type dance, more like Butoh or something. The movie is at times very disorienting but I think I followed it better than the relatively more normal BRANDED TO KILL. It’s everything Suzuki is known for pumped up for the modern day. Everything I like about Seijun Suzuki, but more extreme.

Let me describe to you some of the characters in this movie to give you an idea of what we’re dealing with. The protagonist is Stray Cat, a gorgeous young killer who wears high heels and a kimono with cat eyes on the waist. She usually carries a toy gun because she’s not allowed by the Guild to use a real one, but she’s still able to pick off many of the other Guild killers without much trouble. We first see her in a brilliant duel with The Teacher, a badass in some sort of a freestyle wheelchair. To be frankly honest, she probaly woulda been in for if the neighborhood she fights him in were more wheelchair accessible. But I guess you can’t blame society when you lose a duel to the death, even if it really is society’s fault. You just gotta accept it.

Stray Cat works for some lady with a bright purple scarf across her mouth. And she has a talent for reappearing somewhere else on the set whenever the camera angle changes (handy for surprising an opponent from behind or in front). She fights a white guy named Painless Surgeon who doesn’t mind stabbing a guy through his own hand. Everywhere she goes she’s followed by a little girl with a lantern sticking out of the back of her shirt.

By the way I never figured out why Japanese movies often show up a little girl’s skirt. Here in america our culture is different, we wait until they’re 16 or 17 and then we start wishing they were 18. So there are several parts with this little girl that are creepy at least in this culture so I should probaly warn the more sensitive viewers.

Anyway the violence in this movie is very campy and inventive. For example Stray Cat straps herself back to back with a dead guy, then walks around backwards so it looks like he’s the one doing the fighting. Everything is very well choreographed and wanders between gorgeously textured outdoor sets and minimalistic, sometimes monochromatic sets. Some of the most striking images are when everything is bathed completely in a bright yellow light. Some of the other ones you’re not sure what they mean, like a ditch digger dumping rose petals on a house in slow motion. That’s the one thing even the people who hated this movie would have to admit: the look is absolutely phenomenal. Completely stunning use of color and in the more abstract, otherworldly scenes Suzuki uses digital compositing in what the young people would call an “old school” way, bringing his style of visuals to the next level.

These two elements, the gimmicky violence and gorgeous design really come together in the climactic duel which is more like some kind of weird live performance than a fight scene. In this section Suzuki goes Julie Taymor on that ass. It takes place on a stage complete with rotating sets, bald dudes painted white who stand around in weird poses, and special effects lighting. Those of us who don’t give a fuck that we have no idea What It All Means will love it and everyone else will walk out early scratching their heads.

I think that’s the key to PISTOL OPERA – if you think you know what it means you’re probaly fooling yourself, and if you HAVE TO know what it means you should probaly stay home and watch tv. But I think this is a new level of achievement for Mr. Seijun and I’m sure the people who have been waiting 8 years since his last one won’t be disappointed. And if they are, they are assholes.

Seijun Suzuki
This entry was posted on Tuesday, June 11th, 2002 at 7:05 am and is filed under Action, AICN, Reviews, SIFF. You can follow any responses to this entry through the RSS 2.0 feed. You can leave a response, or trackback from your own site.