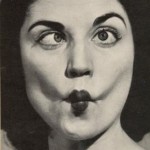 How’s this for a horror story: this is a documentary about the time Oliver North ran for senator. It follows him on the campaign trail, with full access to the men operating his campaign. You see inside his bus, on the podium, and backstage. You see his opponents, particularly the democrat Chuck Robb. You see a journalist from the Washington Post who seems sort of shocked by the support for North, but seems to eventually be charmed by it. And you see his supporters.

So in a way this movie is like a way scarier version of TREKKIES. It’s one thing to fantasize about a gangbang with Chewbacca but it’s quite another to want Oliver North in a position of power again. The sad thing is that these are not just a few isolated freaks, there are hundreds of them in Virginia. Old ladies who defend the confederate flag, and complain that blacks see racism in everything. Middle age guys who sing right wing anthems in the style of Talking Heads. Young people who chant “Ollie! Ollie! Ollie!” instead of “Ali!” like they’re supposed to. 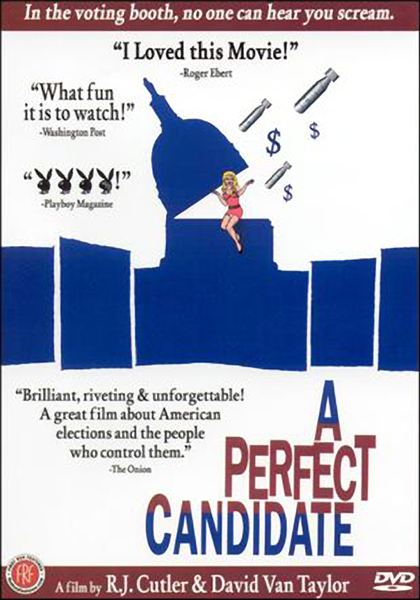 The feel of the movie is alot like BOB ROBERTS, but with less singing. It’s pretty good.

It is really weird to watch these political fuckers do their damndest to portray North as a hero. They produce one of the hostages he traded arms to the ayatollah for, to show that he saves lives. Sure, along the way maybe he brought crack into our country to finance an army in Nicaragua that he trained to kill and torture civilians. That may have cost a few lives here or there. But in general, he saved lives!

There are a few vindicating scenes too. I liked the one where moronic democrats and republicans have a yelling match on the street. The democrats yell “Robb doesn’t lie! Robb doesn’t lie!” (a mantra they learned from their man Robb.) The republicans yell about some sex scandal Robb was involved in, that he was screwing in some hotel. Suddenly a fat redneck passerby chimes in with some common sense. “Don’t you see what Oliver North is doing, he’s screwing the whole world! Jesus christ!”

It’s frustrating to watch how both sides seem to completely ignore the real issues. You hear alot about whether or not Chuck Robb had an affair and snorted cocaine, but nothing about his politics. And even to North’s detractors, the scandal of Oliver North seems to be mostly about trading arms for hostages. Not about drug smuggling, secretly funding an illegal war behind congress’s back, targeting civilians, planning to round up left wing dissidents in concentration camps, etc.

North’s gimmick is that he’s “giving back the government to the people.” Never mind that his claim to fame was commandeering government away from the people, following an insane right wing crusade behind the backs of even the corrupt semi-elected officials that are supposed to represent the people. He did this, he became infamous, and now he can run for office.

It makes you wonder if O.J. could run for office. Or Robert Blake. Too bad Jeffrey Dahmer was killed in prison. I bet the Enron and Arthur Andersen boys will be in politics soon.

In the end, thank the lord jesus, North loses the race. And the man behind his campaign has no idea that it’s because some people are still sane enough not to want North in office. He kicks himself for not running a negative enough campaign, blaming the loss on anti-Oliver North ads. Like his flaws needed to be pointed out for voters to see them.

This entry was posted on Tuesday, January 1st, 2002 at 11:31 am and is filed under Documentary, Reviews. You can follow any responses to this entry through the RSS 2.0 feed. You can skip to the end and leave a response. Pinging is currently not allowed.