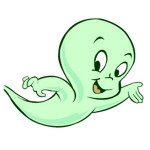 This new one follows many of the great John Carpenter stylistic motifs and thematic type themes. For example, if you ever read an interview or listened to his dvd commentary tracks, you know that practically every movie he ever did he claims is “really a western.” So he always has some stranger walking into town, or has some prisoner being transferred from a jail or a new sherriff in town or what not. In Assault On Precinct 13 he has the gangsters doing blood rituals like evil movie indians in a John Wayne picture. In They Live Roddy Piper strolls into town, walking down the middle of the street even though it’s LA. In Escape From LA he does the old jumping from horse to horse routine, except with motorcycles. Vampires takes place in a sunny Mexican ghost town even though it’s about fuckin vampires. Even Big Trouble In Little China and if I remember right the Elvis TV movie started as western scripts but were re-written to modern settings.

Ghosts of Mars takes this updated western routine to new heights by doing a science fiction movie on Mars that has 1. a train! 2. A prisoner being transferred from a jail by the sherriff, and on a train 3. A ghost town 4. primitive martian ghosts who act like the movie indians of John Wayne movies and/or the gangsters in Assault On Precinct 13, but with piercings.

And that’s what you have to admire about this picture is that nobody else but John Carpenter would ever do it. Who in fuck wants to do a train movie on mars anyway. And is it martians or is it ghosts, make up your mind they would say. But not John Carpenter. He knows that if there’s ghosts, there’s ghosts on mars too. Fucking colonists, get out of their way. It’s like if you made a cowboy movie with an indian burial ground, only on mars.

And I mean this starts out promising, with a classic john carpenter electrical type keyboard and guitars score, creating that unique john carpenter mood.

Unfortunately, this has gotta be Mr. Carpenter’s worst movie. And as I said earlier, I KNOW the answer is C. John Carpenter didn’t lose it, otherwise how do you explain Escape From LA and Mr. John Carpenter’s Vampires, two very special testoterone filled b-pictures. So this is a surprise and disappointment to old Vern.

One problem you got here is the structure. Mr. Carpenter is best when he’s telling a simple story, building a mood. He tends to lose it as the story gets crazier – like in Prince of Darkness and In the Mouth of Madness. (One exception is The Thing which keeps its powerful sense of isolation and what not even as the monster starts sprouting dogs and human faces.) But he at least builds that primitive rhythm for a while before he gets too complicated on you. This one doesn’t really give him the chance because every time you start to get involved it goes back to the narrator, Natasha Henstridge, sitting in a court room telling the story.

And I’m afraid Ms. Henstridge does not have the acting chops to be a new Kurt Russell or Roddy Piper. The poor gal looks good but she sounds like she’s reading off a card. You can’t sound tough if you sound like you don’t know what the words you’re saying mean. And the character loses all credibility when, after being sexually harassed by one of her men for the whole movie, she gives into him. I mean if she put on a strap-on and had her way with him or one of those type of things, that would be fine. Or even go for the cunnilingus, and then roll over and go to sleep when he’s done. I don’t care, just show that she’s in command here. But no. This guy uses that old sci-fi/horror pickup line about we’re all gonna die so “Let’s dance” and she says, “Okay” and kisses him.

They got Pam Grier in here too, but next thing you know she’s decapitated and what’s worse, you don’t even see her GET decapitated. Is that the type of respect you show Coffy? Hell no.

And then there’s Mr. Ice Cube who plays the Snake Plissken character. Only his name is even worse – Desolation Williams.

I mean I guess that says it all, doesn’t it? Mr. Carpenter, you fucking knew that name didn’t work when you first typed it. You decided to let it go though. You can’t just call somebody Isolation Armstrong or Hopelessness Pearlman and expect it to sound right, and you know it. I liked Ice Cube in the Friday pictures as well as The Three Kings, but the poor bastard has nothing to work with here. Roddy Piper and Snake Plissken get funny one-liners to say, and that’s why they are popular characters. I guess James Woods in Vampires improvised alot of his dialogue, so maybe you’ve lost it in that department. But you can’t just have poor Desolation doing this garbage about, “You would make a good criminal if you wanted to,” “Yeah, you’d make a good cop.”

And just one complaint about the computery effects now days. It has gotten to the point where even the director of landmark effects pictures like The Thing is using a fucking computer to show sand blowing in the wind.

Jack, you should’ve just used sand. It would look more real if it was sand.

I’m sorry to tell you, my friends, that this picture is pretty much garbage. There are some touches here and there to enjoy. For example Desolation Williams wears camoflage pants, only they’re red. Because it’s on mars! Green camoflage doesn’t work on mars, see. It has to be red. I liked that.

But this does not offer the bang for your buck that a Vampires or a Halloween does. Mr. Carpenter will need to make a comeback after this and please don’t make it be Starman 2 or Return of the Invisible Man Diaries.

Ice Cube Jason Statham John Carpenter Natasha Henstridge Pam Grier
This entry was posted on Saturday, August 25th, 2001 at 12:44 pm and is filed under Action, Horror, Reviews, Science Fiction and Space Shit. You can follow any responses to this entry through the RSS 2.0 feed. You can leave a response, or trackback from your own site.

3 Responses to “Ghosts of Mars”