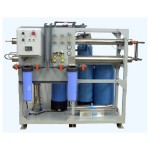 This here is one of these live action/cartoon action combos. The live action portion is a story about Bill Murray gets sick from eating a dirty egg. The cartoons is represented by a story about a white blood cell cop (with the voice of Chris Rock) who teams up with Buzz Lightyear to fight off a virus in a city inside Bill Murray.

This is one of those clever ideas where it woulda took a normal person about five minutes to realize that wait a minute, this ain’t clever enough for hundreds of people to spend a year of their lives working on it. And it DEFINITELY ain’t clever enough for millions of innocents to sit through for 90 minutes. But the people of Warner Brothers Studio, Hollywood USA, they are not normal people. So they spent millions on this loser of an idea.

Okay, so the stomach is an airport, and the mouth is kind of like the docks, and viruses are criminals, and a flu shot is an informant, etc. They put some good thought into figuring out all this cleverness but then how are we supposed to invest ourselves in the characters of a cell and a pill? You have to because there’s not much humor in the cartoon parts except for puns like on the flinstones, except instead of having to do with rocks they have to do with bodily functions. Like the mayor is named Mayor Phlegming, etc.

I got an idea for you fellas, how about a movie called Laundry Matt. It’s about a sock named Matt who is looking for his lost twin brother. And all the different articles of clothing are people. And also the lint balls. There could be jokes about bras and panties too. Wouldn’t that be hilarious? Ha ha ha. What a charming and clever idea for a movie!

No. It’s not. That was a trick question. Show some fucking restraint. You gotta WAIT until you got a GOOD idea for a movie, before you start making it. That’s the whole trick of it, in my opinion. And white blood cells is NOT a good idea, even if you get a black dude to do the voice, and then it’s funny because he says he’s white. That’s not a good enough idea. You were supposed to wait.

To be fair, the live parts done by the Hughes brothers or somebody are kinda funny. They are real disgusting so little boys might like it, I guess. I just feel bad for all the cartoonists wasting their lives away on a feature length cavity creeps movie. It almost makes you nostalgic for those disney cartoons with all the singin and fartin.

Bill Murray Chris Rock Farrelly Brothers Laurence Fishburne
This entry was posted on Friday, August 10th, 2001 at 2:06 am and is filed under Cartoons and Shit, Comedy/Laffs, Reviews. You can follow any responses to this entry through the RSS 2.0 feed. You can leave a response, or trackback from your own site.