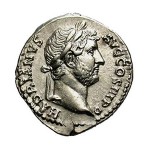 I’m a fan of the Bruces (Willis, Campbell and Lee). I enjoy asskickers of all types and nationalities. But none of these guys are Badass Laureates.

Because to enter this category, you must be more than a great screen Badass. You must also be a powerful filmmaker in your own right. To both kick ass and to express the kicking of ass through the language of Cinematics.

That doesn’t mean you are an action star who directs a movie or two. I love On Deadly Ground as much as the next guy – hell, even more – but Seagal doesn’t qualify. Van Damme definitely doesn’t (his only truly great work, from an artistic standpoint anyway, was during his surrealist period with Tsui Hark). I’m not sure about Vin Diesel because I haven’t seen the short films he did, but I doubt it. It is even debatable whether Bruce Lee or Jackie Chan qualify, although arguments could be made. 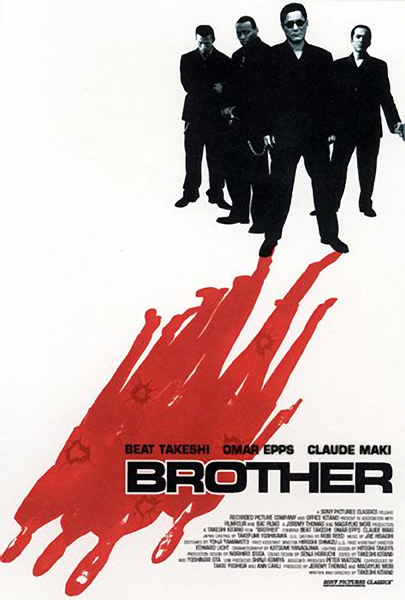 But let me tell you, Clint Eastwood is a Badass Laureate. He has a strong directorial style and in pictures like Unforgiven he speaks powerfully to the Badass condition. That is probaly the first and last academy award winner for best picture about that classic Badass dilemma of not wanting to kill a motherfucker, but god damn it I really want to kill a motherfucker. Billy Jack, for example, did not win best picture (although if he had a longer filmography, perhaps Tom Laughlin would qualify for Laureate status. PERHAPS.)

Clint Eastwood has proven himself both a great Badass and a great artist. And so has my man Beat Takeshi, the writer/director/editor/star of the great new crime thriller Brother.

I’m not sure how they’re gonna advertise this picture. It’s a Japanese picture but it co-stars Omar Epps, the guy from Dracula 2000. It mostly takes place in the US and at least half of it’s in English. There’s alot of subtitled japanese but there’s also alot that has no dialogue, it’s just images. I think it crosses most cultural type boundaries, but if you come in looking for a mainstream “from the producer of The Matrix” type action picture you will probaly be disappointed. Not as bored as you were in Ghost Dog (last year’s best movie, and don’t you forget it) because there’s alot of good jokes and murders but please understand, this is not a shootemup or a karate flick.

If you don’t know Beat Takeshi let me explain. He’s a different type of Badass. He doesn’t do karate or run around hanging from helicopters and jumping away from explosions in slow motion and what not. Even without a language barrier hedoesn’t talk much, so he doesn’t really talk tough. And he definitely doesn’t spend alot of time trying to look tough. He mostly sits there in sunglasses with an indecipherable type look on his face, like he’s probaly smiling at something but you’re not sure. When he takes off his glasses his eyes don’t help at all, they are a total blank. He is mostly a friendly, jokey kind of guy, like a friendly old neighbor, but he’s also really good at stabbing people all the sudden, or hiding guns in places so he can pop them out and shoot a room full of people before they can think what to do.

What this one is about is the similarities and differences between american and japanese criminal underworlds. After his yakuza boss is killed, Takeshi decides to leave for america to live with his little brother. The brother turns out to be dealing drugs with some small time hoods. Takeshi hangs out with them and quickly finds himself beating up their supplier, then killing his whole gang. He
uses his brutal yakuza methods to eliminate the rivals and build this little gang up until they are in competition with the mafia.

And this is all very funny. Little brother and his friends are so wet behind the ears, they just follow Kitano around and look uncomfortable while he kills people.

If you like Takeshi don’t worry. This is a Kitano picture all the way. He doesn’t make a single compromise to our pathetic american culture. In fact he not only doesn’t tone down his style, he tones it UP. This is just as quiet and deadpan as his other pictures, it is even funnier, and it is WAY more violent. At first that seems to be his way of reaching out to americans – look fellas,
guns, like in your culture. But eventually the violence gets so sadistic and horrible that people started walking out of the screening I went to. The yakuzas and the mafia mean business, and they prove it in many different ways. It is touching to see how people are disemboweled and dismembered in all different cultures. It’s a small world after all.

Anyway you may have heard that Kitano’s movies are violent. One of his trademarks is to lull you with a slowly flowing narrative and then suddenly kick you in the metaphoric nuts with a burst of quick, brutal violence. Out of the blue somebody is just getting their ass beat, or worse. (In Boiling Point, Takeshi just starts assfucking a guy all the sudden. But that’s a different movie, it doesn’t happen in this one.)

There’s alot of that violence in Brother but there’s alot of his comedy too, which is why this works so well for americans. He’s like one of them silent comedians. Most of his jokes are not in what he says, but in the dumb look on his face after he does something. And there are some real funny physical type scenes that don’t take words at all. Like the scene where his henchmen play football on the beach. There’s no way I could explain how funny it is, you just have to see it. Takeshi edits his movies, and that is very important. His stye
is all in the timing. He knows exactly how long something needs to be shown. Sometimes it’s just for a second. Usually, it’s for a long, long time.

Brother is the best movie I’ve seen in a while. Now okay, that’s not saying much because the last movies I saw were Jurassic Park part 3 and Final Fantasy. I got one question about Final Fantasy: what in fuck’s name is it about? I missed the part where they explained that, ’cause I was so distracted by Steve Buscemi’s voice coming out of Jason Priestley’s character.

Oh yeah, but about Brother though. Unlike his supporting role in Johnny Mnemonic, I think Brother will help build a bigger american audience for our great Badass Laureate Mr. Takeshi Kitano. You get a strong taste of his humor, his poetic cinematism, his admiration and revulsion at the fanatic/sadistic/masochistic yakuza ethic. Omar Epps is real good too – funny and vulnerable. this is not a buddy movie. Even if you’ve seen all of Kitanos other movies, you’ve never seen anything quite like this. I hope you like it.

If not, well, fuck you then. I still love you but fer crying out loud, agree with me for once why don’t you.

Badass Laureates Takeshi Kitano
This entry was posted on Wednesday, July 25th, 2001 at 3:59 pm and is filed under AICN, Crime, Drama, Reviews, Thriller. You can follow any responses to this entry through the RSS 2.0 feed. You can skip to the end and leave a response. Pinging is currently not allowed.