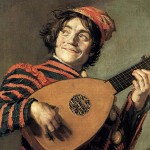 Apparently a couple of these motherfuckers have shows on pbs or one of those type of stations that nobody watches. One is called the steve harvey show, the other is called d.l. Hughley presents The Hughleys. Now one thing I wanna know, if these motherfuckers are so funny why they can’t come up with a real name for a show. No, it’s gotta be The Steve Harvey Show. The Hughleys. The Wayans Brothers. The Jamie Foxx show. Martin. the Drew Carey Show. Seinfeld. Ellen. Roseanne. The Cosby Show. Norm. Titus. The Jeff Foxworthy Show.

I mean whatever happened to Mama’s Family, or Leave It to Beaver. Even the fucking Jeffersons. At least they didn’t call it the Sherman Helmsley Show. JESUS YOU PEOPLE, COME UP WITH A FUCKING TITLE. No more of this generic working title bullshit. Come on people. 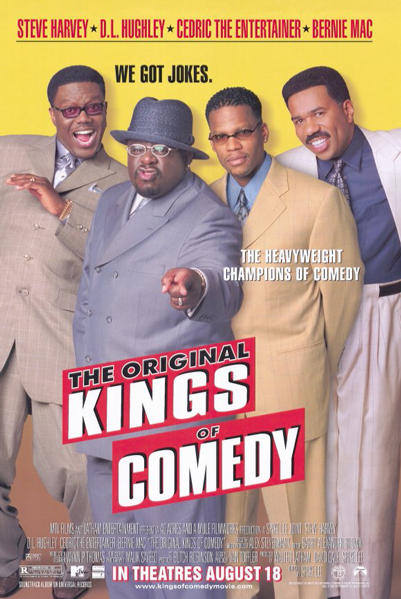 Anyway this was a big comedy tour, Steve Harvey is the host which is kind of unfair, the dude gets to go three times, everybody else only gets to go once. I thought the best of these acts was Cedric the Entertainer. This is a big hefty dude wearing a fancy grey suit with the sleeves cut off. Not sure WHAT is up with that maybe that’s the style now, there’s no telling what some individuals will decide looks good. Anyway despite his size his act is very physical and it is surprising what the dude can do sometimes. He starts doing karate kicks or dancing for some of his jokes. He is good at miming shit, like pretending he’s eating sunflower seeds and then spitting em out or showing different ways people smoke a cigarette. He’s a funny dude and I gotta give him extra points for the name Cedric the Entertainer. It’s quick and to the point and self-explanatory not like some of these rapper names like method man, the fresh prince etc.

Last up is Bernie Mac and I have read some of the reviews. Apparently he makes the white man uncomfortable. they all say he goes too far, I’m not sure why. he does joke about beating up little kids. But they’re probaly more bothered by his big speech about all the different meanings of motherfucker. I like that one. This guy has a voice like Rodney Dangerfield, I can’t understand what the dude’s saying some of the time but he also has crazy eyes like Chris Tucker.

This movie is a pretty good time at the movies cause it’s pretty funny. But I don’t think it’s among the great concert movies. For one thing it’s fuzzy. I think spike lee did it on video and then tried to spruce it up a little or some shit like that. It looks ugly. There are also many techniques that take you out of the event. For example Cedric the Entertainer imitates the slow mo from the matrix, and instead of letting us see how he does it spike puts in a video blurring effect. Look bud I’m not retarded I know cedric didn’t do THAT live. But I’d like to see what he did do seeing as how this is a LIVE CONCERT MOVIE.

There is also some backstage bits mixed in and they’re kind of interesting but I think they take you out of the event of sitting in that theater watching the comedians. they take away the real time feel.

On the other hand there are a little more shots of the audience than you usually get and I liked that. Whenever they play music there are these ladies who jump up and start dancing. there is one dude in the front row named Boogie who Steve Harvey fucks with. also sometimes there will be a camera with a microphone right on some particular row and you hear that person laughing at the jokes and what not. or not laughing.

Anyway not bad but what we need is a new groundbreaking comedian. steve harvey looks a little like Richard Pryor with that mustache and everything, but that’s not enough. let’s get to work ladies let’s have some babies that are gonna grow up into a new kind of comedian. thanks.

Bernie Mac Spike Lee
This entry was posted on Friday, August 18th, 2000 at 2:03 am and is filed under Comedy/Laffs, Documentary, Reviews. You can follow any responses to this entry through the RSS 2.0 feed. You can skip to the end and leave a response. Pinging is currently not allowed.

One Response to “The Original Kings of Comedy”