[Below is one of the first pieces I Wrote for this web sight, when I was first discovering the world of the Cinema, etc. I am leaving it here for historical puproses however don’t read the fuckin thing though. Thanks.] 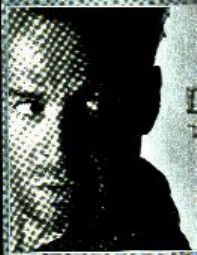 This page is to promote one of the most under recognized movies in my opinion, Bruce Willis’s DIE HARD (1988). In this movie, Bruce willis plays a cop who finds out that TERRORISTS have taken over the building of his wife’s work at christmas time. What bruce does is basically pick off the terrorists one by one, killing them, etc. These are germans with a leader named Hans Grueber. It shows that one man can take on the system BY HIMSELF. This is a big inspiration to convicts, underdogs and anyone who ever had to take on incredible odds. Also it is interesting to note that Bruce is wearing NO SHOES OR SOCKS while he takes on these Terrorists, including when he must walk over broken glass. That’s right – BARE FEET.

Now I know what your saying, Bruce willis in an action movie? But hold on just a second there bud.

Although bruce is known mainly for being a comedian on the tv show Moonlighting, I think there is a little more to bruce that a lot of people haven’t been willing to acknowledge. First of all, moonlighting although there is romance in comedy can also be an action show. For example in the pilot (term for first episode) I believe there was a scene of bruce running all over the city chasing a dude (although with shoes on).

And in fact his background in comedy helps out for the “one liners,” where bruce says a funny or clever thing as the Terrorist dies. “Yippy kie yah motherfucker!” Although i like van damme quite a bit I believe bruce is actually better at this sort of technique.

Although Die Hard has had little hype or press, i believe that it’s time will come soon when it will be acknowledged as a breakthrough in the world of action movies. They don’t really make movies like that anymore in my opinion. Although its influence is yet to be shown, I think within ten years all action movies will owe a great debt to Die Hard, just as horror movies owe a debt to the Chucky movies.

In the movie, Bruce Willis is named “John Mcclane”

Bruce Bruce Willis Christmas John McTiernan
This entry was posted on Wednesday, December 1st, 1999 at 11:35 am and is filed under Bruce, Vern Tells It Like It Is. You can follow any responses to this entry through the RSS 2.0 feed. You can skip to the end and leave a response. Pinging is currently not allowed.

2 Responses to “Bruce Willis in Die Hard: an action breakthrough”