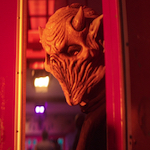 (Though this inciting incident implies some sort of homophobia-related motive, that does not turn out to be a theme of the film.) END_OF_DOCUMENT_TOKEN_TO_BE_REPLACED