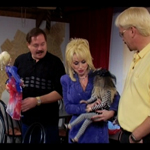 (although come on Dolly, you gotta put the responsiblity for this one on your man, not on Jolene.) END_OF_DOCUMENT_TOKEN_TO_BE_REPLACED