Recently I was reading last month’s Rolling Stone article about the Democrats caving on all the meaningful parts of health care reform. It paints a convincing picture that if they give up on the public option then the plan won’t help much, could even make things worse, will hurt the Democrats politically and hurt the chances of real reform happening any time soon. I thought jesus, what is wrong with these people, we elected them for “change” and now the opportunity to do what we asked them to do makes them run around in a panic, peeing on the floor like a dog on the 4th of July. (Another American reference for you there.) Are they really all in the pocket of insurance companies? They have the majority, they have the majority of the people. You really worried those dumb fuckers at the town hall meetings are gonna be mad if you give them cheaper health coverage? I don’t think that’s worth losing sleep over. END_OF_DOCUMENT_TOKEN_TO_BE_REPLACED

SIFF: Vern goes down on THE REVOLUTION WILL NOT BE TELEVISED! 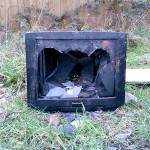 Hey folks, Harry here… Vern here caught THE REVOLUTION WILL NOT BE TELEVISED up at the Seattle International Film Festival and… well it’s turned him into an obvious Commie Pinko Anti-American Burn-In-Hell Lily-livered Cock-Sucker, like it did me back when I saw it. So those of you that like to belittle someone with information that you haven’t seen, go right ahead. The problem is this, after you see this documentary, it’s really hard to trust anything any media tells you… Including this site. More than anything, political parties and affiliations aside… This is all about questioning authority and looking for more information, even from this documentary. Stories are never as cut and dried as a 2 hour Documentary, but at the same time… the complications of what happened after the events in this film aside, what DID HAPPEN and WAS CAPTURED here is an astonishing and powerful work that all should see.

It’s your personal buddy Vern here reporting from lovely Seattle where I plan to actually get off my ass and see some movies at the film festival this year. I’m gonna have to miss the cartoon one where it’s the matrix but I did get a ticket for the mummy one where Bruce Campbell is Elvis. Also I was wondering man were you serious about wanting to see werewolves in the Matrix? That one threw me off there bud but there’s another movie that me and you see more like eye-to-eye on and that’s THE REVOLUTION WILL NOT BE TELEVISED. END_OF_DOCUMENT_TOKEN_TO_BE_REPLACED