The result is a movie as impressive as it sounds and much more involving. It still has that day-in-the-life feel, it’s just that it’s a whole bunch of days spread out across years. You know what, maybe alot of you other directors are just rushing things. Where’s the fire, man? Take the time to let your actors grow up on camera. Don’t be lazy. END_OF_DOCUMENT_TOKEN_TO_BE_REPLACED

TRUE ROMANCE is an entertaining, uniquely textured crime movie, a celebration of youthful love, kitsch, Asian exploitation cinema, and great character actors. At the time it seemed like a new feel, especially coming from Tony Scott. Now it’s more notable as a record of young, undisciplined Quentin Tarantino manning the word processor. (Roger Avary was hired to restructure the original non-linear story and write an ending where the hero doesn’t die – yeah, that sounds like young QT all right.)
END_OF_DOCUMENT_TOKEN_TO_BE_REPLACED

Man of the hour Nic Cage plays Frank Pierce, who doesn’t get enough sleep and thinks he sees the ghosts of everyone he’s failed to save. He has a hard time feeling like a hero since most of the calls he gets are DOA or false alarms. He’s always doing CPR on dead babies or begging the hellishly overcrowded hospital to take in a vegetable. He’s so tired of bum-out cardiac arrests (“COME ON, PEOPLE!” he scolds) that he’s happy dealing with the notoriously foul-smelling drunk Mr. O, who calls in every time he’s wasted. The one time Frank does succeed in resuscitating a guy he feels guilty about it and imagines the man telling him to let him die. END_OF_DOCUMENT_TOKEN_TO_BE_REPLACED 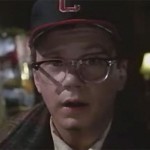 Sounds completely silly and random, right? But what surprised me, a film expert, was the amount of Substance in there. If this were just a regular, make you laugh kind of comedy it would still be the most original, and funniest, in a long time. There were less than ten people at the showing I went to and I was embarassed because I was laughing harder than anyone else. But believe me, I’m the one that’s right. This movie is fuckin hilarious. END_OF_DOCUMENT_TOKEN_TO_BE_REPLACED