SPLICE is a monster movie by Vincenzo Natali, the guy who did CUBE all those years ago. Remember that one? Really good concept, pretty good execution, but you really want to like it so it gets by. Same thing here.

Academy Award winner Adrien Brody and Academy Award nominee Sarah Polley play a married (?) team of scientists working to harvest useful proteins from a new species they’ve genetically engineered. They got two of them named Fred and Ginger (get it? They’re named after Fred Flinstone and Ginger Baker), two dog-sized lumps of CGI flesh shaped kind of like maggots but mostly like dicks. END_OF_DOCUMENT_TOKEN_TO_BE_REPLACED

THE HUMAN CENTIPEDE is the buzzed about “dude it’s the most fucked up ever” horror movie of the moment. I had heard it mentioned about ten thousand times but honestly managed to never see a poster, a trailer or a still from it or even really know much about its plot or origins other than the fucked up thing that happens in it. I guess there’s probly not much overlap between people who haven’t heard of this yet and people who are into crazy fucked up shit, but if you somehow manage to be in both camps I say stop reading this, cover your ears and go watch it immediately, and you will be surprised. I kind of wish I could’ve done that, but of course if I hadn’t heard about this madness I wouldn’t have made the effort to see it. It’s like that old zen coan, does crazy fucked up shit really happen in a movie if nobody ever watches it? END_OF_DOCUMENT_TOKEN_TO_BE_REPLACED

“Nah, he was sniffing glue in the parking lot.” END_OF_DOCUMENT_TOKEN_TO_BE_REPLACED 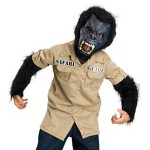 Somebody told me that when Payback came out, the slogan was “Get ready to root for the bad guy,” as if that was some new technique. These motherfuckers don’t remember that it’s okay to make a movie about a guy you wouldn’t necessarily want to leave alone with your daughter. Everbody has to be a damn boyscout unless they’re a cop, and then it’s okay for them to torture people and play by their own rules because they’re a “good guy.” END_OF_DOCUMENT_TOKEN_TO_BE_REPLACED