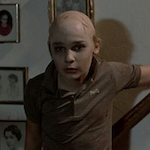 Part II and III director Steve Miner had grown bored of the series too, not interested in “remaking the same film, over and over again,” and he was off trying to make that 3D GODZILLA movie I mentioned at the end of the last review. So they hired a new director with relevant experience. Joseph Zito had directed ABDUCTION and BLOOD RAGE in the ‘70s, but more notably THE PROWLER (1981) is one of the more respectable slashers to come on the heels of HALLOWEEN and FRIDAY THE 13TH, with pretty similar content (a masked killer stalks college students at a graduation party on the anniversary of a past tragedy). FRIDAY producer Phil Scuderi had seen an unfinished version of THE PROWLER and declined to invest in it, but told Zito he would call him when there was another FRIDAY THE 13TH sequel. And that wasn’t just bullshit – he really did! END_OF_DOCUMENT_TOKEN_TO_BE_REPLACED