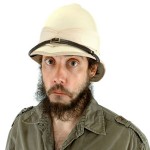 Well sure enough it lives up to the reputation. Jimmy’s character has the topnotch name of Ivanhoe Martin, he’s a country boy that moves to the city. He’s got an uptight girlfriend who’s the daughter of a preacher, he sings in the church choir and he’s good at fixing bicycles, but one thing he doesn’t have is money. Can’t even get anyone to give him ten cents. The best thing about this movie is the music, but second best is the authenticity of the class differences in Jamaica. These are obviously non-actors and real locations. The director’s a white dude but he’s Jamaican so don’t worry about it. This is not exploitation. END_OF_DOCUMENT_TOKEN_TO_BE_REPLACED