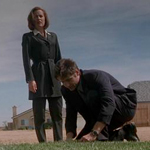 See, the internet was pretty new, so it wasn’t common to know about every strange belief or kooky fringe group. If you wanted to find out about some weird creature somebody claimed to spot you had to read outdated cryptozoology books at the library. If you wanted to know about UFO cults you had to know their address and send them a self addressed stamped envelope and read their newsletter. I don’t know why, but that’s what I did at a certain age. One time I even went to a UFO cult’s presentation on a college campus. All I really remember was a woman with a shaved head who seemed very sincere about all this. A few years later when the mass suicide happened I dug out a handout I’d saved, and though it didn’t say “Heaven’s Gate” on it anywhere it described the same theology, following the teachings of someone called “The Two” or “Ti and Do.” And I always wondered if that lady got out in time. END_OF_DOCUMENT_TOKEN_TO_BE_REPLACED