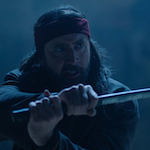 Now Logothetis has reunited with Moussi for another action vehicle, not a remake but a sci-fi story he first tested out as a comic book. And since it has a crazy premise and a good supporting role for Nicolas Cage maybe more people will notice this time. END_OF_DOCUMENT_TOKEN_TO_BE_REPLACED