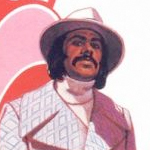 Speaking of SHAFT, it’s weird that SHAFT and SUPER FLY are the two most famous blaxploitation movies, and they’re directed by father and son. Gordon Parks Sr. did SHAFT in ’71, Junior did SUPER FLY in ’72. I don’t know anything about the relationship between father and son, but I noticed Junior gets an opening credit for the still photo sequence. I wonder if that was to make sure nobody thought it was by his famous photographer father? END_OF_DOCUMENT_TOKEN_TO_BE_REPLACED

END_OF_DOCUMENT_TOKEN_TO_BE_REPLACED 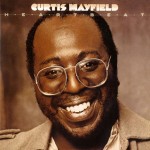 Hello harry my name is Vern and to be frankly honest I have been reading your sight only for a little bit. But I have an excuse because I was out of the picture for a while and only this year started to explore the internet. Anyway point is I Wrote this piece for my column VERN TELL’S IT LIKE IT IS, but if you are willing to run it on your sight that would be even better. I would be honored if you would allow me to Write a few words about a genius who passed on from our world last Sunday, Mr. Curtis Mayfield. END_OF_DOCUMENT_TOKEN_TO_BE_REPLACED