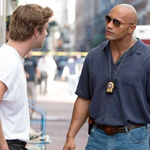 EMPIRE STATE is Montiel’s first movie that doesn’t have Channing Tatum in it, instead it stars an occasionally Tatum-esque Liam Hemsworth, a.k.a. the only expended Expendable as of part 2 (spoiler). There’s something odd about an Australian doing a New York meathead character, but Thor’s little brother has more range than I knew. Maybe Tatum was Montiel’s DeNiro, and Hemsworth will be his DiCaprio. I guess we’ll know that’s what’s up if Tatum starts doing a bunch of DTV cop movies with 50 Cent. END_OF_DOCUMENT_TOKEN_TO_BE_REPLACED