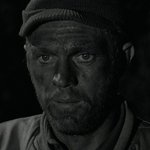 Into this hangout movie is transferred Reese, played by Steve McFuckingQueen. Pike knows him and trusts him as a soldier, but he’s trouble. He walks in with his rucksack and an air of superiority, finds his corner and minds his own business until he sneaks off to get a late night drink even though it’s strictly forbidden. END_OF_DOCUMENT_TOKEN_TO_BE_REPLACED