Some random thoughts I had about the news

Holy shit, so he really was still alive? I kinda figured he got blown up a long time ago.

So it was a mansion he was in? When Obama said “compound” I pictured some kind of fortified bunker. Now I’m picturing it more like Scarface’s compound.

I wonder what he was doing when they showed up? I bet he was chillin by the pool in a beach chair.
I wonder if he was easy to recognize? I bet he had a soul patch and bangs, skinny jeans, all that shit. If you think about it those videos he used to make are mostly late ’90s, early 2000s. Fashions have really changed.

Man, it fuckin figures! Motherfucker living in the suburbs. Spreading these rumors that he’s out in a cave, roughing it, turns out he’s living in a 3 story mansion. To be fair he had no internet. But he was living more comfortably than me. I bet he had an xbox and shit, he just can’t play online. Boohoo. Probly had a bunch of blu-rays, one of those fancy beds with the “sleep number”…

What if you lived in that neighborhood and didn’t know? I knew somebody in a suburb of Seattle, found out there was a cockfighting circle down the street, they had no idea. This would be even weirder.

Damn, what if Mouth was there? He probly shouldn’t say so in the comments on my websight. So I’ll just assume he was there even if he denies it.

Hmmm. This might slow down the FAST FIVE thread.

Let’s keep our thoughts and prayers with Geraldo during all this. He really wanted to bronze that guy’s head.

That’s crazy if there were only 4 other people that got killed. How’d they keep him alive all that time if he wasn’t under crazy lockdown? Alot of rappers have bigger entourages than that.

Who were the other guys that killed? Were they his roommates? 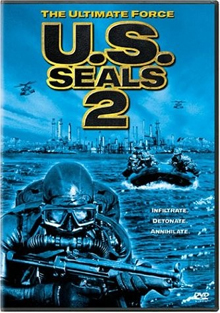 I’m glad it was special ops, though. They didn’t send in planes and bomb the whole neighborhood. Just a small group of highly trained bad motherfuckers. That’s how this shit should be done.

It doesn’t change anything, it doesn’t bring anybody back, I don’t feel comfortable celebrating death, even when it’s scum of the earth like bin Laden… but also I gotta admit it sounds kinda awesome. 40 minutes! They said it took about 40 minutes. They practiced the raid a couple times and then they did it. You gotta appreciate that, that’s some serious professionals.

That woulda been funny if it happened during the royal wedding. Reporters wouldn’t know what to do, they’d just start fainting and bleeding from their noses and shit.

When I first heard the rumor I tried to find news on Google and the first thing that came up was TMZ. I thought that was funny. TMZ has the inside shit on everybody. They’ll know first if Lindsey’s in rehab or if Osama got his clock punched.

I don’t agree with everything Obama has done with all these wars he’s inherited and got involved in, but it seems like you gotta give him some credit on this one. This isn’t just happening to be president at the right time. Going into Pakistan and getting bin Laden was one of his campaign promises. It’s weird to see it actually work out though. I remember him talking about it in a debate or something, it made sense in the abstract but wow, now it’s reality.

I feel a little embarrassed about these drunk kids celebrating on TV. I get it, but then I picture the footage we see on our news of people in other countries chanting and screaming about “death to America” or whatever. I hope this doesn’t come off wrong. I’m not sure how “We Are the Champions” translates.

For some reason it reminded me of when Ted Bundy was executed. He killed alot of people around here so it was big news. People were outside of the prison holding jokey signs, celebrating and all that. And yeah, I agree, fuck that guy, but I don’t feel comfortable having a party about it. Should we put it on a cake? Should we have balloons? Kinda feels like the old west when they hang a guy. At least let’s open up some brothels then.

I don’t know man. As an American it’s alot of complicated emotions. It’s a surprise, it’s amazing, it’s exciting. But makes you think of sad things that can’t be erased. There is definitely some sense of victory and revenge and closure and “he got what’s coming to him,” but mixed with the feeling that it doesn’t repair the broken families, doesn’t bring back the people who died in all these wars, that I haven’t been scared of bin Laden for a long damn time so it doesn’t seem like it’s gonna change anything, it’s not gonna stop those assholes, it might even encourage some mean fuckers to blow themselves up in public or behead some innocent people. It’s just another dead guy. Just one real significant death in the endless loop.

I’m really in awe of the skills of the Navy SEALS and everybody that was involved, and fascinated with this story. I want to know everything that happened. I’d buy them all a drink, I’d high five them like they were Hulk Hogan, but do I want to dance in the streets to celebrate an asshole getting a bullet in his head? If they had thrown the body in the crowd at Ground Zero instead of the ocean would everybody have torn it to pieces, and at what point should we feel uncomfortable with that? Where do we draw the line between what’s a normal amount of excitement and what makes us fucking barbarians? I’m not making a judgment I’m just wondering.

Personally I’m more comfortable with a morbid fascination with the mission and everything that happened than with a full-on party in the streets. I did that for “yes we can!” but it feels a little creepy for “we killed a guy!” I am a positive individual I guess.

And I mean I can understand that everybody’s excited, but let’s try not to let this overshadow National Postcard Week.

Sorry this is a bunch of scattered bullshit… thought I should write something though. More stupid reviews coming soon. It’s still me, after all.

p.s. in case it’s unclear this is all about bin Laden getting killed, not UFC 129

This entry was posted on Monday, May 2nd, 2011 at 3:11 am and is filed under Blog Post (short for weblog), Vern Tells It Like It Is. You can follow any responses to this entry through the RSS 2.0 feed. You can skip to the end and leave a response. Pinging is currently not allowed.

98 Responses to “Some random thoughts I had about the news”