Maybe you can help me out: the “gamepod” controllers are little lumps of flesh, like mutated breasts. They plug a tentacle into a “bioport” on your spine, but if yours is installed wrong (which it turns out can happen if you let Willem Dafoe install yours at the gas station) it can overload your game pod and it will have to be repaired, which is a surgical procedure. The pods are actually genetically modified amphibians. 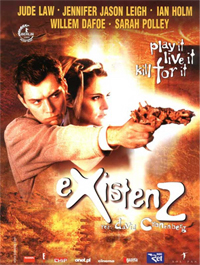 There are alot of those little guys around, two-headed mutant lizards that look like praying mantises, or little blobs that crawl into the hole on your back and disappear inside you. It’s hard to figure out if you’re playing or if shit is just weird, and they try to trick you with video games within video games and fake “waking up from the game” sequences. The game responds to your thoughts but also gives you the urges of a game character in order to advance the plot, so you better distinguish which is which because you end up fucking or killing and sometimes you’re wrong and you weren’t supposed to do that. And you want to be sure you’re in the game because outside of the game those things have more consequences, in my opinion. And Jude Law as Ted Pikul notices that reality and game feel so close to each other that it’s kind of fucked up to want to kill somebody even if it is just a game.

Basically, this is the movie they were trying to make with SUPER MARIO BROTHERS but they didn’t have the technology to pull it off then.

Jennifer Jason Leigh plays Allegra Geller, mother of Sarah Michelle Geller and a famous visionary game designer who survives an assassination attempt from a “realist” who sneaks into a focus group with a gun made of lizard bones and gristle that fires human teeth. (This is based on something that happened to the creator of Dig-Dug, if I remember right.)

Then she runs off with Pikul, an assistant PR guy who she mistakes for a bodyguard, introduces this “newbie” or “newber” I believe they’re called to her video game and they have various thrilling reality-bending encounters and what not. You know, crazy Cronbergian shit. NAKED LUNCH for people who are more into first person shooters than shooting up.

As a thriller it’s not real strong. It’s hard not to assume from the beginning that everything is a trick, so the various twists and turns are fun but never actually a shock. The weird Cronenberg New Flesh shit is some of the best ever, though. Everybody is so accepting and matter-of-fact about little living skin lumps used as gadgets. It’s like some fucked up William S. Burroughs version of THE FLINSTONES, except the gamepods never turn to the camera and squawk, “It’s a living.” I love this kind of movie that authentically captures the weirdness of the subconscious. There aren’t too many of them.

There’s a part where Jude Law’s driving and he says, “Oh, it’s my egg phone” and pulls out a little glowing, pulsating rectangularish slab of living tissue. As I’ve said before I’m of Luddite-American heritage, I do not carry a phone or covet an iPhone or any of that shit. But I would consider an eggPhone. I guess it depends what kind of plan you gotta get on. You sign a contract and you literally get a pound of flesh. Anyway this type of weirdo business is constant throughout the movie – bleeding gadgets, tooth guns, mutant meals, all with top of the line effects work. Just very real-looking, detailed animatronics plus one of the more bizarre digital characters in a movie so far.

I think people forget that Cronenberg’s movies were a big part of advancing the art and science of makeup effects. There was that couple of years there where Rick Baker and Rob Bottin did AMERICAN WEREWOLF IN LONDON, THE HOWLING, THE THING and VIDEODROME. So it’s great to see Cronenberg almost 20 years later working with the new state of the art. The effects on this were overseen by Jim Isaac, who later directed Cronenberg as an actor in JASON X.

(By the way, I wanted to mention that I think it’s funny when people insist on imitating the typography of a movie logo in their reviews, the biggest example of course being when people type the movie “SEVEN” as “SE7EN”. But in the case of this one the characters actually say in the movie that it’s lower case e, capital X, lower case i – s – t – e – n – capital Z. If Morgan Freeman said, “He’s following the seven deadly sins. S – E – the number 7 – E – N” then I would extend the same courtesy.)

(And as long as I’m throwing in random parenthetical comments I got a bonus random parenthetical comment for you. You ever notice how many challenging, maybe flawed or controversial but smart or ambitious sci-fi movies Jude Law is in? ‘Cause there’s this one, GATTACA and A.I. – THE ARTIFICIAL INTELLIGENCE. I don’t think I’d count SKY CAPTAIN and I haven’t seen REPO MEN. But at least he’s got a trilogy here.)

I think this was a good place for Cronenberg to stop with this type of shit and become the David Cronenberg who did A HISTORY OF VIOLENCE and EASTERN PROMISES. The New Flesh was starting to smell like Old Flesh and he’d taken it about as far as he could. I mean, what is he really saying with all this in eXistenZ? That our devices become extensions of ourselves. That video games (or movies or TV shows) show us what we ask for, that they open up the darkest dungeons of our minds, and even though we know it’s not real, isn’t it kind of real? Because it’s our real desire, our real fantasy, it’s what we want. We’re some weird fuckin mugwump perverts, whether we admit it or not, and our technology does our filthy bidding. This is all pretty interesting themes, but not at all profound, especially since he had most of that in VIDEODROME. I’m not sure if he knew that, because he said he hadn’t watched VIDEODROME in 15 years when he wrote this. But in many ways it feels like an update and I think he did a good job of making the technology timeless here by making it all organic. He won’t need to do a new one to deal with the eggPad or flesh messaging.

So thank you for your brave service Freaky Chest Vagina Cronenberg, but for now let’s keep you retired unless you get a chance to do something that could do real damage, like a HIGH SCHOOL MUSICAL sequel or a remake of FOOTLOOSE or something.

I still liked it though. I’ve heard there are alot of people who hate it, but I’m sure they’re just video game nuts who don’t want us to know the truth. 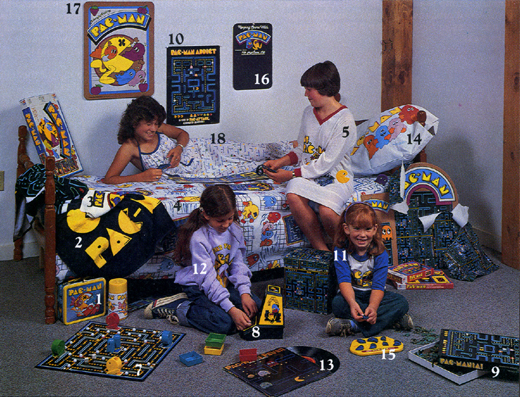 David Cronenberg Jennifer Jason Leigh Jude Law Willem Dafoe
This entry was posted on Wednesday, June 9th, 2010 at 1:45 pm and is filed under Reviews, Science Fiction and Space Shit. You can follow any responses to this entry through the RSS 2.0 feed. You can skip to the end and leave a response. Pinging is currently not allowed.