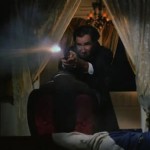 I just don’t get it. But so much of that conflict still echoes in our lives today: in race relations, class relations, politics, institutionalized racism, relations between different regions of the country. So it’s important shit. 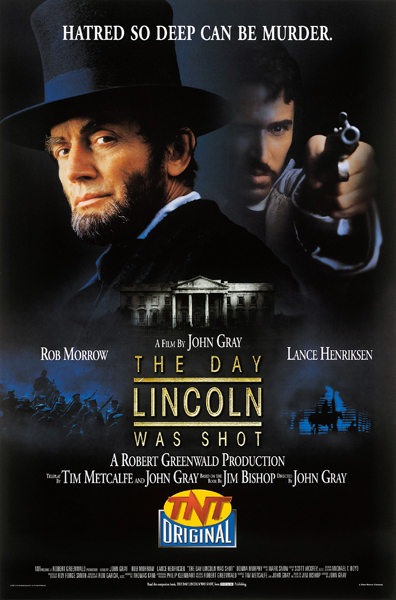 My interest started with John Brown. He was a white dude but he was an abolitionist, and you could say a terrorist. He was real religious and at a certain point in his life he decided that if he really believed in God he couldn’t stand for slavery and would dedicate his life to ending it. He led an attack on an armory, hoping to spark a slave uprising. He probaly could’ve gotten away but he let himself be arrested because he thought going on trial and being executed would do more for the cause. And he was right: many (including Frederick Douglass) credit his raid as the incident that led to the Civil War. So his sacrifice led to the end of slavery.

A couple months ago I watched a biography of John Brown from A&E or the History Channel or something. They mentioned a tidbit I didn’t remember reading before: when Brown was hung he was surrounded by troops because there were rumors of a plot to rescue him. Civilians weren’t allowed to witness it. But a young actor, John Wilkes Booth, got a fake uniform and impersonated a soldier so he could watch. I thought that was crazy and it got me thinking about a couple of questions. One, I wonder if it gave him a boner? Two, what was up with that dude, anyway? I mean when you’re a kid you learn that Lincoln was shot by John Wilkes Booth, an actor, in the balcony of Ford’s Theater during a play. You just accept that information and have it ingrained in your brain just like Thomas Edison invented the light bulb and the Wright Brothers flew a plane and 2+2=4. But when I think about it I don’t remember ever thinking about the context or details of the assassination. I’m not sure if I even understood that it was about the civil war and about Booth being a racist. I just figured he was some nut.

So I decided to read this book called Manhunt: The 12-Day Chase For Lincoln’s Killer by James L. Swanson, and I loved it. This guy is obsessed with the Lincoln assassination the way I am with Seagal movies. The book is just packed with detail but he’s so excited about the stuff that it never gets dry. The book goes through every stage of the conspiracy and especially the 12 days Booth was on the run. Everywhere they hid, everyone who helped them, every mistake they made (like hiding in bushes for days waiting for the coast to be clear to row across the river, then getting turned around and getting themselves farther north.)

The book reads like a suspense thriller. You want to find out what’s gonna happen, but you’re also so wrapped up in the story that you don’t want it to end. Luckily I had a little treat I’d promised for myself when it ended: the TV movie THE DAY LINCOLN WAS SHOT. I knew it couldn’t be as good as Manhunt, but it would be cool to see some of this in movie form. And even though I hadn’t been interested in Lincoln until recently I’d actually been meaning to watch this one forever, for one simple reason: Lance Henriksen plays Lincoln. 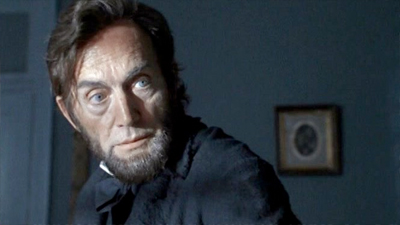 Lance does a pretty good job. He’s got a quiet dignity, a sense of both strength and compassion. There are scenes where he plays with his kids, scenes where he stands up to his cabinet and refuses to execute traitors. He talks with admiration about General Lee and says that the two sides have to learn to live together in peace. The one thing he doesn’t do is talk with an accent. I mean keep in mind, this dude was from Kentucky. He was seen by his rivals as a backwoods hick, making it all the more impressive when he appointed them to his cabinet and won their respect. Henriksen’s Lincoln doesn’t seem like a hick. He seems like Lance Henriksen in a top hat.

The makeup is good, kind of eerie. It’s amazing how much it can look like the photographs of Lincoln while also clearly being Lance Henriksen. I call this hybrid Abralance Henrincoln.

But the story is mostly about John Wilkes Booth, and that’s a hard guy to cast. I mean, that’s a guy I can’t get my head around. He was not only an actor, but a very famous one. He had many girlfriends and penpals because he was known for his dreamy eyes. So he’s kind of a charmer, but for some reason he hates black people so much that he is willing to give his life just to give them a big fuck you. The South had just surrendered and he was going around moping about how he didn’t have a country. If you live in Washington DC and they’ve just won the war obviously there are gonna be some celebrations, and seeing that every night pissed him off to no end. Somehow the movie has to portray this guy who is charming, but a huge prick, and a murderer, but who thinks he’s doing the right thing. It’s gotta be a hell of an actor. But a hell of an actor was not available so they just got Rob Morrow, the dude from Northern Exposure.

Nah, I don’t want to be mean. The guy tries. He gets the look down. But this is a TV movie and he gives a TV movie performance. How can you really shed light on this mysterious figure when all your effort is going into sounding semi-convincing with your accent and old timey dialogue? He just doesn’t feel real.

They do show how Booth and his conspirators originally planned to kidnap Lincoln, but it didn’t work out. (It’s kind of unclear why they didn’t go through with it, both in the movie and in history.) So when Booth happens to find out one day that Lincoln will be seeing a play at Ford’s Theater, a place he’s very familiar with, he gets his racism pals together to hatch a plan.

If you are as ignorant as I was before I read the book you might be interested to know that they actually tried to attack three members of the government at the same time. Booth shot Lincoln, another guy named Powell stormed in and stabbed the secretary of state in his bed, and a German named Atzeradt was supposed to shoot or stab vice president Andrew Johnson at his hotel, but he chickened out and left. Also Booth had a young sidekick named Davey Herold who went on the run with him. He’s fittingly played by the same whiner who played the Schofield Kid in UNFORGIVEN.

In the movie Booth makes alot of bitter speeches about Lincoln being a tyrant. He is mad about the suspension of habeus corpus – fair enough. I can agree with that. But I don’t think this really works. The writing seems designed to show where Booth was coming from but the performance is pretty over the top, he clearly knows he’s playing an evil villain. It doesn’t really convince me that it’s a guy who thinks he’s the good guy.

They also keep having people randomly come up to Booth and say that he’ll never be as good of an actor as his father, which seems like a pretty forced way to paint a psychological portrait.

My big mistake was to watch this right after reading Manhunt, because it’s just not about the same thing. There’s a montage showing all of Booth’s alleged accomplices being arrested and I thought oh, that’s too bad they had to skip over all that stuff, but obviously they need to focus on Booth’s attempt to escape. And then all the sudden it says “12 days later” and shows him surrounded in the barn where he gets shot. Man, that’s all the interesting stuff, that 12 days they skipped over.

There are alot of interesting angles that are not explored. It kind of blows my mind to know that Booth thought he would be vindicated by history. That’s what he wrote in a letter. Uh, sorry dude. And in fact he wrote in his journal that he had half a mind to go back to Washington and clear his name, which he said he felt he could do. That’s amazing, but this is a TV movie, there is no room for amazing stuff. Davey Herold, even though he went on the run with Booth for 12 days, really felt that he would not get in trouble since he didn’t fire the gun. That’s not mentioned. And the guy who shoots Booth – his name was Boston Corbett, he was a religious nut who had cut off his own balls with scissors to prevent temptation from prostitutes. He became a celebrity after he killed Booth, and got lots of fan mail. He refused to sell the gun that he used, but it was later stolen from him while he was asleep and has never been found. Later he was offended by a conversation in the Kansas House of Representatives where he worked, pulled a gun on some politicians, and got sent to an insane asylum. He escaped and may or may not have later died in a fire. In the movie he’s just some dude firing a gun, though, it never says anything about who he is.

The movie ends with text saying that Andrew Johnson’s administration was very harsh towards former confederates, the opposite of what Lincoln had wanted according to the movie. So the idea is that Booth really fucked up. If he would’ve just done the right thing (i.e. stay home and practice his acting instead of going out and shooting the president in the head) things would’ve been better for his confederate brothers. So he did the wrong thing morally and strategically. Way to go asswipe.

I gotta say, I am not a fan of John Wilkes Booth.

The director is John Gray, a director of TV movies such as “Martin and Lewis,” “Brian’s Song” (remake) and “Helter Skelter” (remake). More importantly this is his followup to 1996’s theatrical release THE GLIMMER MAN. He does an okay job. It looks nice I guess. I don’t know if the weaknesses are really his fault. You know, it’s a shame they couldn’t get a great actor and a great performance for Booth, but maybe he doesn’t deserve that. He never was as good as his dad anyway. It’s best if we remember him as a bad performance by Rob Morrow.

Abraham Lincoln Lance Henriksen
This entry was posted on Wednesday, July 23rd, 2008 at 10:41 pm and is filed under Drama, Reviews. You can follow any responses to this entry through the RSS 2.0 feed. You can skip to the end and leave a response. Pinging is currently not allowed.

2 Responses to “The Day Lincoln Was Shot”