Is Beowulf the Beginning or Another False Start?

Outlaw Vern tackles where 3-D is headed by looking at where it has been.

Man, 3-D is gonna save the movie industry! Movie theaters are making less and less money these days. People are staying home to watch movies thanks to growing ticket and concessions prices, the shrinking theater-to-DVD window, the crass commercialism of the multiplex viewing experience, a new generation of cell phone toting little bastards who think it’s okay to talk and answer phones and play video games during movies, movies that are shot and edited for a tiny monitor so you can only tell what in God’s holy name is going on if you watch them at home in slow motion, the continuing crapitization of the Hollywood blockbuster, the trend of movies being cut to PG-13 for theaters and released uncut a few months later on DVD, the extreme laziness afforded by Netflix mailing movies directly to your house, and most of all, because of that one girl who recorded 20 seconds of Transformers on her cell phone to show her little brother. Actually, forget about the first eight reasons I listed, it’s all because of that girl.

But never fear! Beowulf is in 3-D now and it’s like the first time they introduced sound or color! Except that they already introduced it a couple times, like in the ’50s and in the ’80s, and a few years ago with Polar Express, which used the same technology and was even from the same director, and didn’t save movies yet. But this time for real! 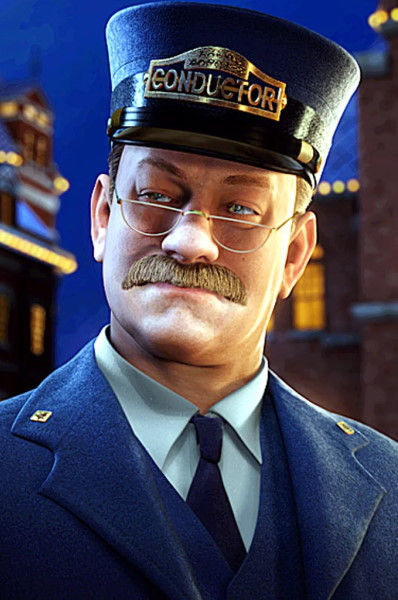 Actually, it’s not a bad idea. I’ve always dug 3-D movies, at least when it’s done well. The old kind with the one-color polarized glasses looked great. I saw the original House of Wax that way, and Friday the 13th 3-D, and Captain EO. It looks like a giant View-Master. Nobody can watch it the first time without at least once trying to reach out and grab Vincent Price’s head. But as movies became bigger business, and movies had to be released on hundreds or thousands of screens at once, this kind of process became impossible. The projector needs a special lens; the screen needs to have silver in it to reflect the light properly. And that’s not equipment the Loews-Pepsico Whereverville 32 is gonna spring for. So instead they started having the crappy red and blue type of 3-D like they use for 3-D TV shows or like they used for Spy Kids 3-D: Game Over.

With the red and blue glasses the 3-D effect is a mixed bag, and the whole scene has to be red and blue, so the director has no freedom with the colors. What if you want to show a bright yellow guy in 3-D? You’re screwed. When this system was called “Freddyvision,” and used for Freddy’s Dead: The Final Nightmare, I remember taking the glasses on and off trying to figure out if the 3-D part was over or not. It’s hard to even tell.

The new processes are better, and it looks like plenty of multiplexes are investing in digital projectors anyway, so it’s becoming more doable. There’s also the IMAX kind, which still uses film combined with lightweight, battery-powered goggles. I prefer that because then you get the giant screen and the amazing surround sound. With movies shot 2-D and tweaked digitally after the fact (Superman Returns, Nightmare Before Christmas) these processes can look kind of cool, but with movies created in a 3-dimensional computer environment (Polar Express) it can look amazing. It doesn’t feel like watching a movie as much as it feels like going on a theme park ride. Beowulf looks even better because it uses the same technology but was planned from the beginning as a 3-D movie, so there are no uncomfortable extreme close-ups of creepy, glass-eyed CGI kids. 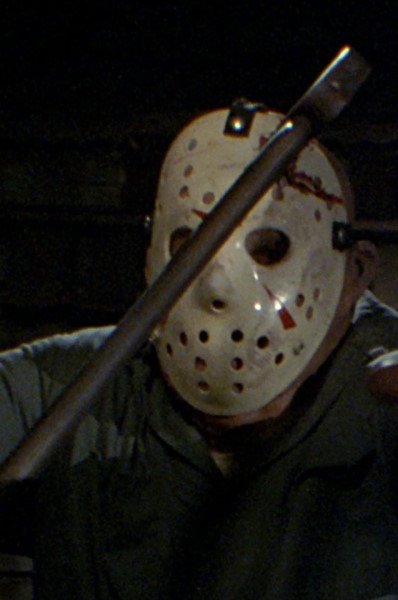 It’s a smart move. A great way to view a movie that can’t be downloaded or duplicated in a home theater. Where is that girl gonna find goggles that fit her cell phone? She can’t. What we haven’t seen yet is how well these processes work with live action. I don’t mind Zemeckis’s fetish for those bizarre, soulless motion capture automatons, but if that’s what we have to watch in order for movies to be in 3-D, there is no way in hell this is more than a novelty. However, there are new cameras designed for shooting live action in 3-D, so we’ll see how that pans out.

Modern 3-D glasses (especially the IMAX ones) are heavier and darker than the old glasses, more oppressive. It’s less natural for moviegoers to look away from the screen and at each other. This makes it less of a group experience and more a one-on-one between you and the movie. But I still think the next step is to use it for real audience participation type movies. 3-D movies are almost literally reaching out to the audience, so they should be designed as a crowd experience. When some object or character seems to fly out in front of or through the viewer, everybody shares a laugh or a gasp or turns to each other and says, “That was right in front of me!”

Friday the 13th 3-D was the perfect 3-D movie because those movies are all about showmanship anyway. Trying to get the audience to scream or jump, to laugh, to be surprised by an unusual approach to maiming. For part 3 they added to that the ability to have a snake jump out at the audience, to shoot a harpoon at them, to pass them a joint. The greatest 3-D moment of all time may have been Jason squeezing a guy’s skull until one eyeball popped out like a jack-in-the-box.

That’s the type of movie I want to see in 3-D. And I’m not sure how soon it’s coming to the IMAX at the Science Center or the Aquarium. And that’s why I think the comparison to color or sound is kind of silly. Do we really want to see all movies in 3-D, save for the occasional Raging Bull type artistic statement? Will we ever want to see a Woody Allen or Lars Von Trier movie in 3-D, or a normal drama? Would that be too distracting? “Whoah, that chandelier went right in front of my face!” I guess it could work. As long as it’s not too much of a tearjerker; we don’t want those glasses getting all salted up with tears.

I think the future of 3-D is somewhere in between the passing fad it was in the ’50s and the revolutionary re-invention of the cinema that James Cameron thinks it is. I think it’s just a cool way to see a movie. I’m glad it’s back, and I hope it stays for a while. Bring on Elizabeth 3-D.

3-D
This entry was posted on Tuesday, November 20th, 2007 at 6:44 pm and is filed under Other Sites, Vern Tells It Like It Is. You can follow any responses to this entry through the RSS 2.0 feed. You can skip to the end and leave a response. Pinging is currently not allowed.

One Response to “Is Beowulf the Beginning or Another False Start?”