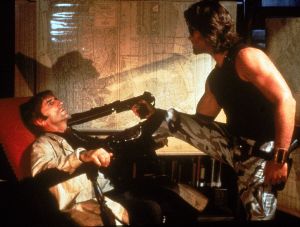 In my last post about Rob Zombie’s Halloween remake I mentioned MTV’s report that Zombie wouldn’t be using John Carpenter’s theme music in his version. Well, on his MySpace Teen Friendship Page, Zombie reveals that the MTV writer misunderstood what he was saying about the theme music, and that he actually plans to use it.

But don’t let your guard down yet, Carpenter fans. While you were busy boarding up the windows in case of Zombie attack (get it, that is some kind of a pun I believe) Fast and the Furious producer Neal H. Moritz was planning a remake of another Carpenter classic, Escape From New York. As reported earlier by Bilge, the remake may star 300’s Gerard “SPARTAAAAAAA!” Butler as Snake Plissken. It would be written by the guy who wrote Black Hawk Down.

Now, I’m not gonna lie, I can see how some of the elements of the original movie could be juiced up and re-imaginated and what not. In fact, the idea of the government turning Manhattan into a maximum security prison takes on a little more punch in the age of Camp X-Ray and the USA PATRIOT Act, so they could treat the politics a little more seriously if they wanted to. And it would be interesting to see the dark model city world of the original given life by the bigger budget and the digital technology.

But let’s be honest, Neal H. Moritz is not trying to do an intelligent take on this material. The most serious movie the guy has ever had his name on was Juice, and that was his first theatrical movie. Since then he has specialized in goofy lowbrow PG-13 movies for teens. If you take a look at his credits, this is honestly the cream of the crop: Cruel Intentions, Torque, and Fast and the Furious: Tokyo Drift. 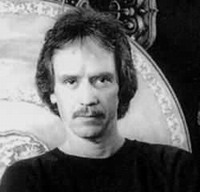 I’ve taken some lumps from Carpenter fundamentalists for trying to stay optimistic about the Halloween remake, but I really think this one is different. First of all you got the sequel factor. The Halloween legacy has already been pissed away in a series of mostly terrible sequels, the most recent one being the worst yet. A remake, at the very least, will take that series on a long-needed trip to the shed. Escape From New York, on the other hand, only has one sequel, and it’s really more of a remake. While many fans don’t appreciate that one like I do, they have always clamored for another one, such as the Escape From Earth that Carpenter used to talk about. That means with John Carpenter and Kurt Russell. Without them it’s not Escape From New York, it’s District B-13 2.

More important is the actor factor. (That rhymes, that’s how you know it’s more important.) Michael “The Shape” Meyers has already been played by Nick Castle, Dick Warlock, George P. Wilbur, Donald L. Shanks, Chris Durand and Brad Loree before being taken over by Tyler Mane for the remake. Snake Plissken has been played only by Kurt Russell, and without a mask, only an eyepatch and a cool painted on belly tattoo. So transforming into Gerard Butler is more traumatic.

And as great as the premise, world and theme music of Escape are, it’s really the character of Snake that it all hangs on. If Butler can’t match Russell’s grim Clint Eastwood imitation or his hilarious swagger then it just won’t work. And even if he can we’ll still wonder why Kurt Russell’s not the one doing it. Kurt looks scarier now than he did in ’81, and with Death Proof finally putting him in a tough guy role again he might as well be called “Comeback” Kurt Russell. Or C.K. Russell for short. 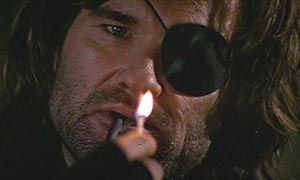 If this thing keeps rolling they’re gonna hire a director and we’re gonna start hearing about how he’s a “huge fan” of the original. But I’m gonna call pre-emptive bullshit on that one. If that was the case it would be immoral for him to kill the chance of Russell ever returning to the role of Snake. What they oughta do is make up a new character and sci-fi action story for Butler to play, one that has the qualities they like about Escape From New York but also uses the edgy and XxX-treme reimagining for a new generation, qualities you just know they have planned for the remake.

But they can’t do that, because what they like about Escape From New York is the title means money. They could take a risk on a more moderately budgeted sequel with Russell and Carpenter, banking on the good will Russell will have from Death Proof. Or they can make a safer bet on an un-related remake that nobody has to like as long as the vaguely familiar title attracts enough kids to the opening weekend.

So don’t bullshit us. You’re in it for the money, just admit it. That’s what Snake would do.

And by the way, a warning to Hollywood: if you want to remake They Live, you’re gonna have to go through me. Assholes.

John Carpenter
This entry was posted on Wednesday, March 14th, 2007 at 12:01 pm and is filed under Other Sites, Vern Tells It Like It Is. You can follow any responses to this entry through the RSS 2.0 feed. You can skip to the end and leave a response. Pinging is currently not allowed.