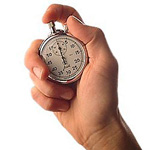 This is the story of Stephen Norrington’s third film, and his first really personal one. I forgot he was even working on it until I found the dvd in some bushes. (I don’t know how to come up†with these fanciful pretend adventures you guys do so I’m just saying I found it in the bushes. Is that okay?) You guys reported on it a couple times before it was finished but even though it apparently premiered a year ago at Cannes you haven’t reviewed it yet. UNTIL NOW. 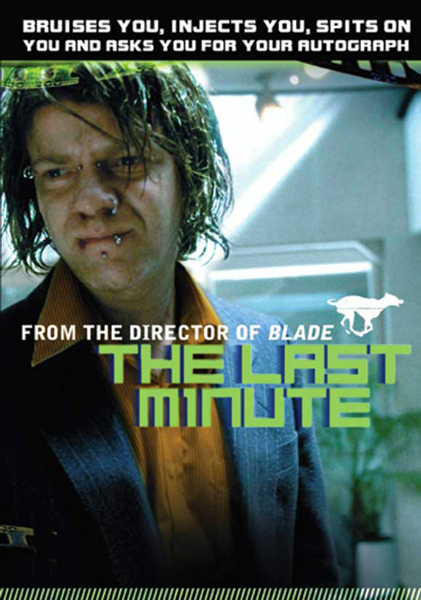 Now you may be asking, why do I care about Stephen Norrington. And if you are asking that then sorry, you’re not allowed to read this review. This is only for people who were interested in what Norrington would do next after BLADE. Okay wiseass, very funny, I see you still reading there. Don’t you have some talkbacks to be complaining in? Get the fuck out of here.

By reading this you are signing a holy pact in which we all agree that Stephen Norrington’s BLADE is one of the all time unexpected great pictures. At the time it was a cocktail of deadly poisons (Wesley Snipes, Marvel Comics, vampires, kung fu, techno music) that when mixed with the mighty shaolin filmatic powers of Mr. Norrington turned, against all odds, into a delicious nectar. Of course now many of those elements have been redeemed, but this was before X-MAN and SPIDER-MEN made Marvel Comics movies socially acceptable, before FROM DUSK TILL DAWN, Buffy, John Carpenter and friends made vampires cool post-Ann Rice, before THE MATRIX proved that american martial arts movie didn’t mean american ninja, and before BLADE and BLADE 2 made Wesley Snipes one of the great actors and Americans of our time.

(what in shit’s name kind of metaphor was that? I apologize for that nectar thing.)

BLADE snuck up on us from out of nowhere so we went back and looked at Norrington’s past. If you watched DEATH MACHINE you saw a little bit of his personality crushed beneath a boring and badly acted straight to video type movie about a killer robot loose in a building. If you looked up his filmography you saw that he was an effects guy who played some kind of weird moose/sofa hybrid in RETURN TO OZ. Not somebody you’d expect to turn into a great director.

So was BLADE a fluke? Will his EXTRAORDINARY LIVES OF GENTLEMEN or whatever be a mess? Even those weirdos who didn’t like BLADE are curious. They’re hearing stories about Norrington’s disagreements and alleged fist fights with Sean Connery and thinking Norrington is some egomaniac pseudo visionary who thinks he’s Kubrick even though he’s really a guy doing a movie about the invisible man and the gal from dracula driving around in a giant car. But I tend to give Norrington the benefit of the doubt that he was right in these arguments, I don’t really remember why.

Oh yeah, I remember why. It’s because I just saw THE LAST MINUTE. It’s a flawed film but it is a smart and original one and it makes me suspicious that maybe BLADE was not a fluke. It also takes away my fear that Norrington is just a really good stylist and not neccesarily a thoughtful guy. This is his autobiographical artist’s statement, a rambling but enjoyable stream of consciousness essay about the internal struggles of a popular artist. In this case the artist is Billy Byrne played by Max Beesley, who I’ve never heard of and I kept thinking was Ewan McGregor.

Billy has an agent who tells him he’s a genius, he’s apparently done something everyone thinks is brilliant and he’s the talk of the town. He goes on a publicity tour getting interviewed on various TV shows that treat him as a visionary or a hearthrob, gets compared to BLADE’s Stephen Dorf and photographed by BLADE’s Udo Kier, and struts through London thinking he’s hot shit. He believes he is now a success.

The world he struts through is obviously the work of the same Norrington we love from BLADE. It is a beautifully shot and edited movie full of fluidly moving camera gimmicks. Lots of sped up photography, kaleidoscopic backgrounds and that sort of crap perfectly timed to a pulsing soundtrack of “aphex twin” songs that seamlessly fades in and out, never outstaying its welcome, letting you breathe with many quiet scenes or a creepy score of ambient hums and buzzes. It seems to be the real world but then you go down a tunnel or through a secret door and find a darker place that is exaggeratedly perverse and unhealthy. Inside a hip dance club called VALVE a woman in a latex nurse costume takes Billy by the hand and leads him to an even hipper club called PROSTHESIS where the elite sit in illuminated transparent inflatable chairs surrounded by mutilated S&M freaks being tortured in dentist’s chairs. It’s a world where a violent maniac is also a talented singer, where agents are repulsive assholes who like to kick their bare feet up on the desk and allow greyhounds to fuck in their offices but who, ultimately, are kind of right.

In one of the movie’s many clever touches, it is left ambiguous what exactly it is that Billy’s successful at. He might be a director like Norrington but he might be a visual artist or a rock star or something. Whatever he did he’s at that moment where everybody loves him and talks about him as the next big thing and worships him overseas.

And then the next day he wakes up to find out he fuckin blew it, he made THE AVENGERS or DEATH MACHINE or something and nobody wants to even talk to him, except to compare his work to “a pile of shit in the corner” as one art critic does. At the same time his girlfriend dumps him and throws him out of the apartment, not because he’s not on Entertainment Weekly’s It List anymore but because she’s sick and fuckin tired of hearing him complain about his art. Next thing you know he gets drunk and gets mugged and vomits on a taxi driver and ends up living with a gang of OLIVER! style pickpocket kids who live in catacombs under the city. He almost gets knifed by the grizzled old failed actor who leads the gang, and he warns, “I’m a minor celebrity, I’ll be missed!”

This section of the movie drags a little bit, except for the part where a little kid tells a story about a junkie shooting up in his testacles. Then out of nowhere there is a big shootout where ruthless drug dealers mow down a whole bunch of the kids. The villain crushes the old man’s head with a sledge hammer and then he and his henchmen turn to the camera and go into a rousing lip synch of “When A Man Loves a Woman.”

The dvd cover compares THE LAST MINUTE to FIGHT CLUB, TRAINSPOTTING and A CLOCKWORK ORANGE. I think this will turn people off and make the movie seem like a self conscious attempt at a profound statement for some generation or other. Some people will definitely hate the movie. It is very anecdotal, sometimes feeling like a collection of random stories Norrington heard or ideas he had or weird things that happened to him or his friends. And there’s alot of ambiguous symbolism and/or surrealism like a vicious dog nipping at his heels or a weird monster that he carries around in a bag but never comments on.

But I do like what the movie has to say about art and life. That artists spend too much time worrying about being famous and trying to please some industry when they should just be trying to do something that makes them happy. That agents and journalists will tell you you’re hot shit and then change their mind at exactly the moment that you start believing it. Of course most of us will think boo hoo, poor famous rock star has problems being artistically fulfilled. But it’s also a movie about trying to find what to do with your life and the fear of wasting it (graphically illustrated in the opening monologue where Billy rattles off statistics about how many days and hours the average person has in their life).

I listened to the director’s commentary and it seems like these were themes that were very personal to Norrington. Like maybe his agents told him he was a genius and he got a big ego and wanted to be some great profound artist who made critically acclaimed movies about retarded WWII math geniuses. But then after being full of himself and annoying all his loved ones to death he realized that instead he was meant to make movies like BLADE. You know, undeniable masterpieces that most people deny are masterpieces. And only then was he happy. He even notes that since Billy obviously represents him, the “pile of shit in the corner” that he made could even be THE LAST MINUTE itself.

I’m not gonna try to get everybody to watch this movie but if it sounds up your alley it just might be. It might end up being that weird one in the filmography that you go back to every once in a while like SCHIZOPOLIS is to Steve Soderbergh. I don’t know. But I think it’s a good sign of what we have ahead from Mr. Norrington.

If not he still did BLADE and will go down in the pantheon as signified by this holy pact that we have all signed.

Jason Isaacs Max Beesley Steve Norrington
This entry was posted on Monday, June 2nd, 2003 at 5:23 am and is filed under AICN, Drama, Mystery, Reviews, Thriller. You can follow any responses to this entry through the RSS 2.0 feed. You can skip to the end and leave a response. Pinging is currently not allowed.