SIFF: Vern on CAPTURING THE FRIEDMANS – this sounds exceptionally disturbing! 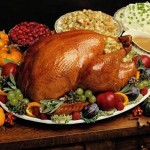 Harry here – the idea that this film is reviewed the same day I review FINDING NEMO disturbs me. I don’t know why, but be afraid of Vern. He sees disturbing things. Perhaps, he is a disturbing thing.

I think maybe I confused you somehow with my BUBBA HO TEP review. Actually it turns out you guys have been covering that one for a while and that wasn’t the first review you guys published. Some of the newsies in talkback pointed that out if you missed it. But here’s one I think you really truly haven’t reviewed before, the documentary CAPTURING THE FRIEDMANS. I’m not sure why you guys haven’t reviewed it yet. Maybe because it’s not about mummies, it’s about child molesting.

Okay so it ain’t exactly “cool news”. Shit I feel like kind of an asshole even bringing it up. It’s like when you recommend a holocaust movie to somebody. Yeah it’s true, THE PIANIST was a great movie, probaly one of the best I saw last year, but I still felt like a jerk recommending it to people. “Hey, you doing anything this weekend? Yeah, why don’t you sit down for 2 hours and watch this guy survive the nazis.” That’s why they came up with the “remember Adrien Brody’s Oscar speech?” advertising campaign. Own the Oscar triumph. You’ll want to watch it again and again despite, you know, what it’s about. 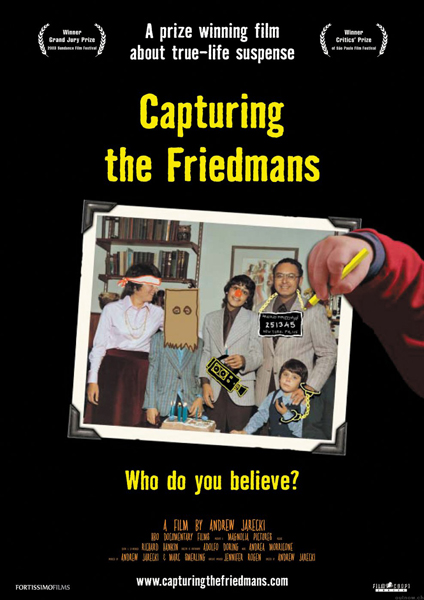 Well CAPTURING THE FRIEDMANS is like that, it’s a very good documentary about things most people including me really wouldn’t mind not ever having to think about. It tells the story of the Friedman family of Great Neck, New York. Dad is a teacher and they’ve got three boys and they seem like an ordinary jewish family. After a brief introduction to the Friedmans we find out that in 1988 the postal service intercepted a child pornography magazine being mailed to the dad, Arthur Friedman, from the Netherlands. The police set up a sting and ended up discovering a stack of other kiddy porn magazines behind Friedman’s piano.

So that much everybody agrees on, the guy was a sicko. Now even in the joint, pedophiles are the most hated people on the planet, and you’ll see a little bit about that in the movie. As far as we can see the family had no idea about Arthur’s secret and that’s not one that’s easy to forgive. But understandably the police were worried that this went further than a pile of sicko magazines. Friedman was around kids all the time. He was an award winning teacher and he even taught computer classes at his house.

So that Thanksgiving, when mom was coming home with the turkey and older brother David was coming home to be with the family, the police battered through the door and arrested Arthur and youngest son Jesse, accusing them of hundreds of counts of molesting the kids in the computer classes. At this point the audience is already nauseous and now the movie adds confusion to the mix. Although the idea of Arthur being a child molester does not seem like a stretch, these particular charges do. There are outrageous, wildly contradictory stories of depravity that somehow was done openly and constantly without any of the parents or the other Friedmans or some of the computer students themselves (interviewed in the movie) knowing anything was going on. And nobody said anything until the police came asking. And no physical evidence was ever offered.

As the movie continues we find more reasons not to believe the stories but we also find out more secrets about Arthur. You start to think you know, maybe he didn’t do this particular thing, but even if he didn’t maybe it’s not such a tragedy to have this guy in lockup. The problem with that is that if it didn’t really happen then his son Jesse is totally innocent and he’s going down too.

We see all this mostly through the eyes of the oldest son David, and this is where I get to the incredible story of how this movie came about. Director Andrew Jarecki (who answered some questions after the movie and seemed like a fairly intense dude) was actually doing a documentary about birthday party entertainers. This led him to David Friedman who he was told was the #1 birthday party clown in New York. During interviews (some of which you see in the movie) David got visibly angry when talking about his family and kind of danced around the questions and mentioned that there were things he didn’t want to talk about. Jarecki did some research, found out about their criminal case and over time talked David into telling the story. Once David was convinced he mentioned oh by the way, I have 25 hours of dad’s super-8 home movies and 25 hours of my own camcorder recordings of the family starting right after the time of the accusations. So this actual footage from the time makes up much of the movie. You’re right there sitting at the table as mom stares into her drink and dad doesn’t say anything and grandma tries to pretend like everything is okay and the boys all yell at each other.

Jarecki is a pretty interesting guy himself. This didn’t come up in the Q&A but Premiere Magazine tells a story about him calling a movie theater to get the show times and getting a busy signal so many times that he decided to invent Moviefone. (How come he didn’t get that guy to narrate the movie?) Also his brother directed THE TRIALS OF HENRY KISSINGER. And he co-wrote the theme song for FELICITY which is a show that was on the WB for a few seasons about a young gal who graduates high school and decides on a whim to follow a boy she barely knows to New York and this mistake becomes the best decision of her life. It was really a well acted and smart show and often very funny, I heard. I never watched it though I don’t even know what that show is about. which show are you talking about again? I don’t watch that crap.

It’s really very uncomfortable and of course fascinating to watch these home videos of the family falling apart as they await their father and brother’s fates. David comes across as a real hothead, mostly yelling. He’s also pretty odd. The day his father was arrested he stormed into the house and put a pair of underwear over his head (apparently to hide his face from TV cameras). He’s seen on news footage yelling “My father is being harassed for no reason!” through his Fruit of the Looms.

The same way the police seem to be jumping to conclusions, so does David. He asks his dad leading questions like, “You didn’t do anything, right?” and when he says no, David says “So that’s it, you didn’t do anything.” He seems to really not want to hear it if his father is guilty and he’s furious at his mother for not being sure who to believe. But how could she be sure after finding out about the magazines? I don’t blame her, I don’t know who to believe either. There is an interview with one of the kids from the computer class who tells stories that seem completely ludicrous and contradictory, but then why would he make them up? There’s a sex crimes investigator who says it is very important to be sure about these things because even the accusation can ruin somebody’s life, but then she says things clearly contradicted by the photos taken at the scene of the crime. There is a judge who declares “I never had any doubt that they were guilty.” There is the defense lawyer who says that Jesse told him his father molested him and Jesse who says the lawyer told him to say his father molested him. And you see the family having either the callousness or the resilience to sometimes joke and laugh through all this, even on their last hours before going to prison.

The movie briefly brings up the idea of “false memory syndrome,” where supposedly people think they remember things that didn’t happen because they were suggested to them under hypnosis. It seems believable in the context of the movie but then we find out that Arthur admitted to molesting his brother when they were 13 and 8. His brother says he has no memory of this, which would prove that it really is possible to repress these types of memories.

In the end you really don’t know what happened. An unsolved mystery. I would compare it to PARADISE LOST but CAPTURING THE FRIEDMANS takes less of a stance, it doesn’t seem to nudge you to any particular conclusion. I would really recommend this movie except that, you know. There’s no Adrien Brody in this one. No triumph. Let’s just say it’s good and leave it at that, I won’t tell you to see it or not.

Seriously though who did Felicity end up choosing anyway, if I were to watch it I would have stopped watching in the last season and would then be curious what happened in the end anyway.

then fuck you, jack

Andrew Jarecki
This entry was posted on Wednesday, May 28th, 2003 at 7:23 am and is filed under AICN, Documentary, Reviews, SIFF. You can follow any responses to this entry through the RSS 2.0 feed. You can skip to the end and leave a response. Pinging is currently not allowed.

One Response to “SIFF: Vern on CAPTURING THE FRIEDMANS – this sounds exceptionally disturbing!”