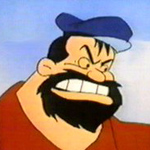 This kind of seems like a love it or hate it movie, except I’m not sure which side I’m on. It’s an ugly, violent, nihilistic, pornographic, cynical story about unsympathetic, idiotic, pot smoking, acid sucking, trick turning, nymphomaniac, sadomasochistic teens in Florida who decide to kill their asshole friend. 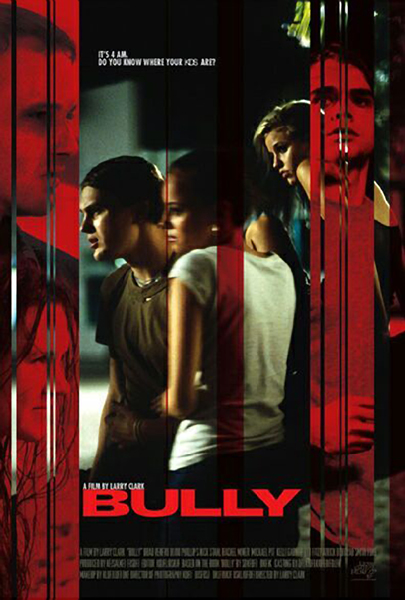 This is supposed to be loosely based on a book that’s based on a true story. Not sure what happened for real but this has the ring of mistruth to it. The director Mr. Larry Clark has a reputation for trying a little too hard to shock people, on account of his first movie Kids. I don’t think I’ve seen that one but Another Day In Paradise was one of the few great crime movies of the late ’90s so I was hopin to like this one.

And it’s very graphic. Lots of young nude girls, even some peeing, in the tradition of the popular Barely Legal series. You got naked brad renfro mounting naked girls. You got puking and throat slitting. Even the crying is graphic, the guy can’t stop drooling the whole time he cries.

Early on the movie has the feel of those Calvin Klein ads that had the feel of kiddy porn. The yuppie yahoos in the theater couldn’t stop laughing every time there was a blatant crotch shot, which basically meant they were laughing from start to finish. Larry makes everything so crassly sexualized it’s like you’re seeing the world through adolescent eyes again. At first I thought this was brilliant cinematism, but then I remembered how in Another Day In Paradise he had Vincent Cartheiser wearing his pants so low his pubes were showing and I figured, no, Larry just likes to look at the teens.

Now I don’t think those hyenas in the theater would agree with me, but as the movie goes on the rest of us realize that it’s actually supposed to be funny. And you’re not supposed to have any sympathy for these little fucks. There are alot of good lines like, “I have a little son. It’s no big deal, my mom takes care of him,” and “There’s one more thing. The hitman needs a ride.”

By the time you see a kid walking around with clothespins on his nipples you realize that the “this is what your kids are doing behind your back” angle is a joke.

What I like about Larry’s work here is the extremism with which he paints his ugly portrait of american youth. The bully of the title is a rapist, but he doesn’t seem THAT much worse than his brain dead assassins. Most of them don’t even know the bully, and keep forgetting why they’re killing him. When they say they’re killing him because he’s a rapist they say it like it’s an excuse.

All of the kids here have parents, and they keep popping in saying things like, “Have you kids had supper?” and “Drive safely.” They have no idea that their kids are doing gay phone sex for money and playing Mortal Kombat on acid and gettin blow jobs every night and dumpin hot wax on each other and fucking a guy to lure him to where they want stab him to death and throw him in the water to get eaten by alligators and crabs.

It’s a one joke movie but you get so beat over the head by the maniac pothead mentality of the kids that it’s a satisfying punchline when they’re all sitting in the courtroom yelling “motherfucker!” at each other and their poor moms and little brothers are just sitting there wondering what the hell happened here.

This is a lesser Larry Clark work, for sure, but worth seeing for completists. It would make an excellent slumber party double feature with any of the recent Freddy Prinze, Jr. pictures.

Bijou Phillips Brad Renfro Larry Clark Leo Fitzpatrick Michael Pitt Nick Stahl Rachel Miner
This entry was posted on Wednesday, January 30th, 2002 at 4:08 pm and is filed under Crime, Drama, Reviews. You can follow any responses to this entry through the RSS 2.0 feed. You can skip to the end and leave a response. Pinging is currently not allowed.