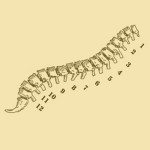 Now I’m not saying there is anything wrong with being excited about a Mexican horror picture. This is from a fine director who did the CRONOS which the box is a picture of some blond gal but the movie is about an old grandpa who licks blood off a bathroom floor. This guy also came to Hollywood directed a picture called MIMIC which I will not mention in this article. It had some good parts though. But I won’t mention them.

Yes my nerd friends, you know what I’m talking about. Now I already admitted that your x-men were good and everything. I liked your hobbit picture and what not. Hell I mean even superman and fishman are not all that bad, in my opinion. just kind of fruity. But lets get real here.

When it comes to the real thing, the serious big time comic book movies, you and I both know there is really only one movie that can possibly fit the bill. That movie is Mr. Wesley Snipes as BLADE.

I know I know I know. Wesley Snipes. Always hangin around with Woody Harrelson. “1600 Pennsylvania Avenue. An address that changes all the rules.” Yeah, I heard ’em all.

But when it comes to this picture Mr. Snipes is top notch. This is, quite simply, the greatest nerd movie ever made. The fact that you nerds don’t like it can not change this. Fuck comic books. Fuck vampires. I don’t care. Fuck everything. If Blade can kill about a hundred vampires drenched head to toe in blood without getting a single god damned drop on his brand new leather outfit, and make it believable, then I will vouch for this fucking movie. That’s the least I can do.

Well now they got BLADE EPISODE 2. And who is the director? That’s right. Guillermo Del Toro, the director of THE DEVIL’S BACKBONE.

Now, this picture is very different from BLADE. It is the story of a boarding school run by communists during the Spanish civil war. Which, I mean, is different from a story about a half man/half vampire who kills other vampires and there is techno music. In this one there is no techno or vampires but there is a ghost involved, and an affair, and scheming over gold.

There is original touches in this picture. The young, handsome villain is fucking the good guy’s wife. But she’s about 60 years old and she only has one leg. You don’t get that in most hollywood pictures. One or two maybe but not most. I mean have you ever seen Ben Affleck or Mel Gibson fuckin an old lady with one leg? Not since at least the mid-’80s.

This is a story about people in limbo. In the middle of the town there is a bomb that was accidentally dropped by warplanes flying over. But it just stuck in the dirt and for some reason didn’t go off. So all these people really should be dead, but for some fuckin accident within an accident.

Most of the story is about a ghost who has been spotted fucking around in the school. So you got lots of atmosphere and creepiness like, say, The Others. Throw in little inventive like touches, ideas that could be whole stories on their own (like the babies in jars that give the movie its name). And there are some nice uses of the computer medium of special effects. Alot of individuals in the special effects industry say hey, what can we do that has been done to death for the past ten years? Yeah, let’s do that again, then.

Not Mr. Del Toro and his people. There is a sparing use of the computers, and they use it in a very original and visually appealing way that will make you think damn, I like the computers.

But let me warn you this is not all shadows and wind and shit. It gets pretty fuckin brutal. The scariest parts of the movie are not so much the ghost as the war. There is an act of violence in here that you’ve seen in every action movie ever made, but it’s executed in a way that makes you feel like you are there. And you’re the victim.

There is a theme in Del Toro’s work of little kids. So most of the main characters in this one are little boys maybe ten or eleven years old. They feel like real little kids because they are just as vulnerable as real little kids. I mean seriously friends this ain’t pretty. By the end, most of them are dead or limping around on a stick. There are scenes of kids pulling glass and shrapnel out of each other. You didn’t get that in home alone. Or any of the Culkin ouvre, for that matter.

Be patient with the beginning, and I think you will be glad you did. This one is a keeper. Now just imagine if it had Wesley Snipes in it, cutting vampires in half with a sword and saying oneliners. Look out america, the future of Badass Cinema, vampire division, is on its way.

ghosts Guillermo Del Toro
This entry was posted on Thursday, October 11th, 2001 at 6:45 am and is filed under Fantasy/Swords, Horror, Mystery, Reviews, Thriller. You can follow any responses to this entry through the RSS 2.0 feed. You can skip to the end and leave a response. Pinging is currently not allowed.