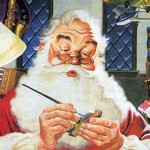 Well what do you know there are alot of individuals out there who think Vern is an ignorant fuck. He doesn’t know the films of World Cinema, only the latest hollywood crap or at best, the art house darlings. And I mean yeah, most of those individuals are right.

HOWEVER, I must point out that this is my second review IN A ROW of a movie that’s not in English. And this time, most of you motherfuckers probaly haven’t even HEARD of this movie. I mean how many of you could even NAME a movie from Macedonia, let alone review one? 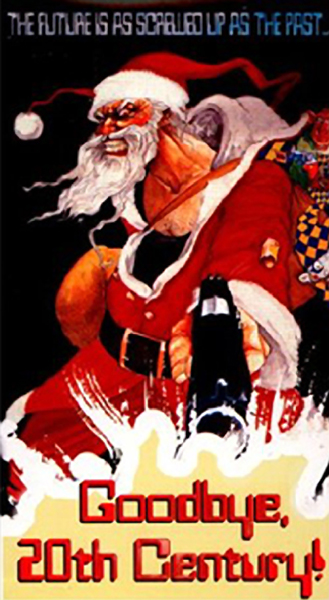 Ha! I scoff at you, because RIGHT THIS SECOND I am in the process of reviewing the Macedonian film GOODBYE, 20TH CENTURY. For your information Macedonia is a country in the Balkans, which, I mean I couldn’ tell you exactly where that is. But there’s war and shit. It’s not pretty.

Here are the words that people would use to describe the style of this picture:

I see a little bit of Jodorowsky in this picture, and a little bit of City of Lost Children. What it is about is an Antonia Banderas lookin fella in the year 2019, which is sort of your typical Mad Max style post-apocalyptic wasteland type place. You know – desert, weirdly dressed punk savages, people crying because there are no trees.

And what happens is the Antonio Banderas character, they are going to execute him. And they just fill him full of holes. But he’s still alive.

So he leaves and talks to a magical post-apocalyptic barber. And he explains that what happened, he was supposed to have sex with the women, but he couldn’t get it up. Then he saw this portrait of a saint, and it gave him a hard on. So he fucked the portrait of the saint, and shortly thereafter the saint started to cry, and the children started to die. So they blamed him.

I mean, all he did was fuck a holy painting!

The first half of the movie is about the journey that Banderas goes on after fucking the portrait of the saint and being not executed. Then suddenly we jump back to New Year’s Eve 1999, and the story of a man dressed as Santa Claus attending his landlord’s brother’s funeral. You know, that kind of movie.

This movie is about the apalling brutality and lack of morality among us humans on the eve of the millennium. I feel sorry for the two directors who made this picture because if they were this upset in 1999 I can only imagine how they are feeling now that it is 2002. Sorry boys.

Anyway it is very entertaining. If you’ve run out of Jodorowsky pictures to watch, I mean, I’m not saying this one is as good. But I enjoyed it. On the label it says www.b-movie.com, so maybe you can order it from there. (No dvd unfortunately.)

Christmas New Year
This entry was posted on Monday, January 1st, 2001 at 12:49 pm and is filed under Comedy/Laffs, Fantasy/Swords, Horror, Reviews, Science Fiction and Space Shit. You can follow any responses to this entry through the RSS 2.0 feed. You can skip to the end and leave a response. Pinging is currently not allowed.