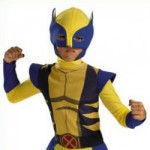 One individual who is having a pretty good showing in the survey so far, and rightly so, is Mr. Clint Eastwood. Now I believe this individual to be perhaps the greatest Badass icon of all time, and as a director himself I consider him to be a Badass laureate. I am a fan of all of the action stars who choose to direct, from Bruce Lee right on down the line to Steve Seagal. But I’m not sure any of them, even Mr. Lee, has come up with anything quite as soulful as Clint’s Unforgiven. This is one of the all time great films about that classic dilemma of the Badass, “I really want to stop killing all these motherfuckers but jesus the situations keep coming up and I keep killing them.”

Unfortunately Clint wants to go and fuck with me so his new one coming out is about astronauts. It’s called Space Cowboys and unfortunately from what I’ve gathered it is not actually about cowboys, that is just an artistical license kind of thing. They’re just plain astronauts.

The gimmick is, they are a bunch of old guys who go on a mission. Clint is directing so I know it’s not gonna be as bad as Armageddon. But still, Clint, I mean jesus.

For those of you who agree with me on that, never fear. There is another Clint Eastwood movie for you and in fact it’s in theaters right now. Clint is looking younger than ever playing the character of Logan Wolverine in the new comic strip movie X-Men that everybody loves.

Of course, this Clint is credited as “Hugh Jackman” – some kind of joke name I guess but “huge ackman?” I don’t get it. I’m not sure how this was accomplished exactly. Maybe this is a computer generated renderation of a young Clint Eastwood, like they have done with James Brown in the “funky blast” ride at Seattle’s Experience Music Project rock and roll museum. Maybe it is Clint under a lot of makeup to make him look more like he did in his Thunderbolt days. Maybe it is a son of Clint’s, much like Chad McQueen but keeping more in the true spirit of his father than Chad does. Or hell, maybe it’s just some dude named Hugh Jackman who looks a lot like Clint Eastwood.

Who the fuck knows and who cares. The point is SOMEHOW these filmatists have come up with a young Clint Eastwood in the year 2000, and he is playing the main character of the Wolverine. And that is why the X-Men movie is the #1 movie of the summer so far in my opinion, although I can’t really remember what else came out this summer anyway.

When we first meet the Wolverine he is in a Canadian redneck bar, fighting people in a cage for money, smoking a cigarette with his back turned to the camera. Then he turns around and his face is revealed, and you say, “Holy shit, Clint Eastwood!”

There are many other nods to Clint’s cinematical past. He chomps on a fat cigar. He drifts around living in a rusty old truck. He is the stoic outsider character who teases the other X-Men for wearing costumes and having stupid names but then he ultimately fights alongside them because he knows it’s right. He also has a sort of a relationship with a much younger gal just as Clint does in many movies right up to In the Line of Fire and True Crime. I guess this isn’t the same kind of relationship though so maybe instead you could compare it to Clint’s partnership with little Jeff Bridges in Thunderbolt and Lightfoot.

Now I gotta be honest guys I liked this fucking movie. I didn’t know jack shit about X-Men going in, in fact I’ve been calling the fucking movie X-Man for about four months now. Thanks for correcting me guys, jesus.

Anyway now I am what you call an X-fanatic or X-cellent person or whatever. I know all about these motherfuckers. Xavier is the bald guy, he has two different specially made wheelchairs. Both of them have X’s for the spokes of the wheels. One of them is made out of clear plastic.

Next there is Wolverine. His skeleton is made out of adamantiamatic metal. Nobody knwos why. Apparently some assholes did it to him. But he doesn’t remember who. But jesus he is going to find out in the next movie and those fuckers better duck. Because he has claws like Freddy and yes it hurts every time they pop out but that never stopped a tough motherfucker like Clint Eastwood from clawing a guy.

The main character besides Wolverine is Rogue. She is a young teenage girl with the ability to absorb other people’s life force or mutant powers. She also absorbs different accents throughout the movie, including southern, generic american, and new zealand.

Also cyclops. He is blind I guess. But that’s no excuse for being a tightass. He shoots laser beams from his eyes. His girlfriend is Jean Grey, who is very sexy and has telekinetic type powers, like Carrie. But she is more educated than Carrie so she is the doctor of this group.

Then there is Storm. Not sure WHAT is up with this gal. She has white hair and eyes and can control the weather. One guy in the theater cheered when she first used weather so I guess it is popular. Her acting is kind of weird, reminded me of Michael or Janet Jackson but I guess she is pretty good.

There is also a bad guy mutant named Mystique. Now this chick I gotta admit is pretty great. She is very scary looking because she has orange hair and glowing eyes and blue skin and scales and morphs into different people and does karate. But still it is hard not to notice, I don’t know if any of the girls noticed this but I think the guys will notice this. But she is naked. And she has a good body. This is maybe one case where you wish she wasn’t naked because with clothes on you could picture that she at least didn’t have scales. The blue skin is fine I guess but those scales could probaly do some damage.

Well anyway not to go on too much of a boner tangent but I liked this monster femme fatale gal. Kind of reminded me of the porcupine gal in the old horror flick, The Nightbreed.

What’s cool about it is these are all mutants and they are feared by the humans. There is alot of symbolicy type stuff about intolerance. The opening scene is at a nazi concentration camp and the later scenes of a senator stirring up bigotry against mutants has obvious parallels to gays. Also just to bring the whole race card in there Magneto quotes Malcolm X at the end.

Now Magneto is basically the bad guy but I like him because he’s got dimension. We first see him as a boy facing the worst possible type of intolerance in WWII so we obviously sympathize with him. We know that he has a pretty good point about the fucking humans. He and Dr. X-Man used to be friends and still sort of are but they have philosophical differences. Magneto is more militant and hardcore and he has a plan to turn the world’s leaders into mutants against their will. Magneto and Xavier are not the type of enemies that start fighting every time they see each other, in fact they have polite debates in two different scenes. Just a couple of old guys with a friendly rivalry. I mean I guess it would be pretty fucked up for Magneto to try to fight a dude in a wheelchair but still.

Actually come to think of it that could’ve been a pretty great fight scene but I will forgive them for leaving it out on account of the characterization was good.

My only real complaint about Magneto is that he lives in some kind of underground fort with a couple of henchmen and has a big evil machine that he uses for his plan. I mean I’m not sure but I don’t think Malcolm X ever did that kind of crap. Dr. X also has a machine that he sits in and I don’t know WHAT the fuck that thing does. So when the plot turns more into sitting in a machine and shooting beams and different characters shooting different beams out of different places and what not, well it starts to get a little less personal.

But as a whole the movie works because of this WOlverine character. This is a super hero who makes fun of other super heroes. One who steals motorcycles from other super heroes. One who leaves at the end so he can go track down somebody and kick their ass. Now that is a good super hero in my opinion. It might be corny if the wrong person was playing him but this is “Hugh Jackman” we’re tlaking about. This movie is pretty hot thanks to the miracle of young Clint Eastwood’s Badass charisma. Congratulations Clint and welcome back.

Hugh Jackman Marvel Comics mutants
This entry was posted on Monday, July 17th, 2000 at 12:59 pm and is filed under Comic strips/Super heroes, Reviews, Vern Tells It Like It Is. You can follow any responses to this entry through the RSS 2.0 feed. You can leave a response, or trackback from your own site.

5 Responses to “The Return of Clint”