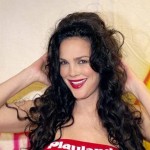 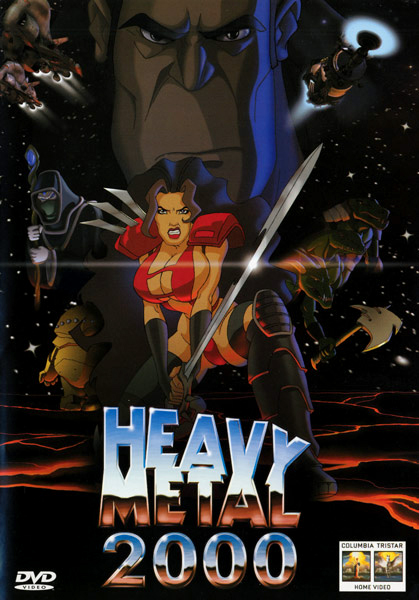 Let me frame this with a little anecdote. I went to the video store and checked out some new releases with a gay individual. You know how a gay guy often likes movies such as Bedrooms and Hallways, Edge of Seventeen, Queer As Folk and etc.? These are apparently some of the higher quality new releases from the gay Cinema. However there are many other titles out there of a lower quality. There is one called Vadim’s Story, which is not about Roger Vadim, it’s about naked boys riding around on horses in Siberia. But most of them are about a bunch of gay guys in the city who are waiters or whatever and how they all have a bunch of friends and relationships and what not, and how it’s all funny that they are gay and everything. There’s one called West Hollywood Stories and on the back, I swear to fucking christ, it says “These are the gays of our lives.”

So my gay buddy is reading these boxes talking about how great these movies are and suddenly he just turns to me disgusted and says, “Gay people are so stupid.”

Well I imagine that’s how cartoon lovers must feel when some jackass movie like Heavy Metal 2000 comes out. This is a long anticipated straight to video type movie about a cartoon girl with gigantic tits flying around killing people. This is the type of movie that 25 year old nerdy guys with goatees claim is going to help the cartoons to finally gain acceptance by us grownups. Even though they’re written and designed with a 13 year old mentality.

If you are a nerd, and I mean that only in the derogatory sense of the word, you will eat this worthless piece of brainless shit up. You will love it. I am sorry my friends I know this is going to hurt the feelings of some of my dedicated fans but jesus you people. I can’t believe it if you like this one.

Now somebody in the guestbook said that my reviews are under researched, so I decided to do a little legwork on this one. Let me tell you what I discovered:

You see, Kevin Eastman and Heavy Metal 2000 are the ultimate nerd fantasy. Some day they’ll stop laughing at me for drawing karate animals. I’ll show them! I’ll be a millionaire and then girls will love me! I’ll marry a lady with giant boobs and draw pictures of her wearing a thong! HA HA HA HA HA REVENGE IS SWEET YOU MOTHERFUCKERS HA HA HA HA. etc.

Every aspect of the movie is approached from this philosophy. The supporting characters are obviously based on how these people see themselves: doofus computer experts and pilots who have goatees and sunglasses and leather trenchcoats to make them look cool. The bad guy, who has the futuristic name “Tyler”, looks how they would like to: he has big He-Man muscles, a pony tail and fangs.

Here’s the story. Tyler drinks magic water that makes him indestructible. He is trying to find a magic crystal or some shit like that that will make him immortal. But in order to get the magic key that opens the magic crystal he has to kill everybody on the planet F.A.K.K. 2, home planet of Julie Strain’s character who has the exotic name “Julie”.

I’m not sure the wisdom of these motherfuckers starring a nudie model in a cartoon movie. For one thing, the way they draw her face she looks kinda ugly. So you don’t get the looks, which is her specialty. You just get the acting. And I’m no expert on the topic but as far as I know this is the worst voice-al performance ever given by a lead in a feature length cartoon.

I would like to present as evidence the scene where Julie sifts through the devastation of her home planet post-massacre. They draw her crying as she looks at the mutilated corpses and holds up the helmet of a slain soldier. And then she goes:

Then of course she chases after Tyler to get revenge on him, and she kills people and says one liners and he gets two chances to say that old chestnut, “Next time you kill someone, make sure they’re dead.”

The guys in the movie are sexist pigs, and you are supposed to cheer when Julie kills them or tells them to fuck off or whatever. Instant feminism. But at the same time I’m pretty sure you’re supposed to get a boner when she swims naked and when she straddles Tyler and squeezes her giant cartoon boobs and when her sister gets out of the shower and when there’s a Rambo type montage with a close up of her pulling a thong up her ass and when her clothes get all torn up while she’s fighting so you can see more skin.

I mean I guess if you like giant cartoon boobs and space monsters who use swords and crappy rock bands like “insane clowns” and what not and if you have really low standards and especially if you’re mildly retarded or whatever – I mean I’m not saying that in a bad way I’m just saying, there are people out there with some difficulties and what not, maybe they like Heavy Metal 2000. Who knows. So if that’s the case then yes, maybe this is a pretty good cartoon. in a way. Also I got a new game for you. It’s called dungeons and dragons or d&d for short. It’s about how there’s elves and you roll dice and everything. you nerds are gonna love this.

Julie Strain Michael Ironside
This entry was posted on Tuesday, July 11th, 2000 at 3:49 pm and is filed under Action, Cartoons and Shit, Fantasy/Swords, Reviews, Science Fiction and Space Shit. You can follow any responses to this entry through the RSS 2.0 feed. You can skip to the end and leave a response. Pinging is currently not allowed.