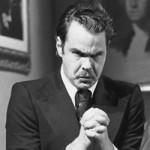 Anyway man what it is is Richard Nixon. Dan Hedaya plays Richard nixon and it is a comedy where two teenage gals get mixed up in all the watergate and everything.

The two gals are played by Kristen Dunst and Michelle Williams, two pretty young gals and they are funny. To be frankly honest they are not very smart and that is why it is funny. They don’t really know what it is going on and they just want to walk the dude’s dog is all. It is funny how Michelle has the hots for Richard Nixon. Also there are two canadian guys playing Woodward and Bernstein and they are a couple of babies always whining, it is funny.

There have been a lot of good movies in this time since i was released and this one is not exactly at the top of the pile. But it’s pretty funny and especially if you like jokes about history you will like this one. You will go, “ha ha ha, that is what happened at watergate, that is why it is funny.”

Kirsten Dunst Michelle Williams
This entry was posted on Tuesday, June 6th, 2000 at 6:49 am and is filed under Comedy/Laffs, Reviews. You can follow any responses to this entry through the RSS 2.0 feed. You can skip to the end and leave a response. Pinging is currently not allowed.

One Response to “Dick”