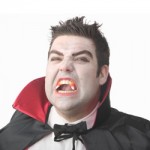 Anyway this western doesn’t really “hang together” as the famous shoplifting critic Rex Reed might say but it does have its moments which is a hell of a lot more than you can say for most straight to video part 3s in my opinion. The opening to be specific is very strong, with an obvious Sergio Leone influence. It’s in the desert with bright, bleached out photographication and lots of heightened sound effects. You hear the wind and the rattlesnakes and the incessant clicking of guns like you just hooked your hearing aid up to a car battery.

This sequence introduces all of the characters in a crowd where the outlaw Madrid is about to be hung. Pretty much all of the execution fans in the area have shown up for this one and they are very excited – little nod to Mr. Sam Peckinpah a famous film poet who liked to aim his camera at man’s thirst for blood. The hangman of course is also a bloodthirsty motherfucker and he’s so comfortable wearing an executioner’s hood that when Madrid spits on it, he wipes it off as if it were on his skin. Then his daughter, a pretty young gal named Esmeralda tries to watch the hanging and he says, “You disobey me to my face?” and then, trying to hype up the crowd I guess, he yanks her on stage and starts lashing her with a whip. I mean, Jesus. I’m as much for spanking a kid as the next child abuser but this guy is going too far in my opinion. Figures, though – just like a fucking hangman.

Of course, Madrid escapes from being hanged and takes Esmeralda with him, and there is a pretty nice shootout with funny gimmicks like knives that pop out of Madrid’s boots, and a horse that gets shot, and there are just dozens of people trying to shoot this Madrid and they all end up shooting each other and there are little chunks of meat that fly off when they get hit. Just like old times.

Unfortunately it loses its energy and inventiveness after that opening and most of the rest is PRETTY fucking bland except for the occasional disembowelment or impalement or explodamation. There are some unexpected twists that I thought were clever, for example you assume hangman is a bad guy but it turns out there’s a pretty good reason why he whips his daughter. I mean, about as good of a reason as you could have for something like that.

The best part though involves this annoying preacher character. If you’re gonna rent the movie don’t keep reading because this is the only real moment of greatness in the picture and I’m about to ruin it for you. This guy is a tightass in front of his wife, he is easily offended and when a bartender asks him what he wants to drink he asks for water. So I mean I wasn’t born yesterday, I’m not surprised when he later wanders off and starts pounding shots of tequila and drooling over a variety of extramarital titties. We’ve seen all that before both in films and in bars.

But what is surprising is when this pansy suddenly asks the bartender “What’s your policy on fighting in this establishment?”, the bartender hands him a big stick and he starts whoopin the living shit out of a big thug from earlier in the movie. Then thug #2 comes in with a knife to the throat of the preacher’s wife. “Let him go, or I’ll fix your little bitch, cabron!”

Without a moment’s hesitation the preacher pulls a big hunting knife out of his boot, rams it down thug #1’s throat, out the back of his head and into the table. Then he points at the thug holding his wife and yells, “You’re next, asshole!”

That, my friends, is what the art of Badass Cinema is all about and it is a shame that the rest of the picture does not match this level of achievement. I do admire their attempts to go real out there and freaky assed with the twists, like I don’t want to give anything away but for some reason this turns from a cowboy movie to a vampire movie about halfway through. I mean that is pretty fucking weird in my opinion but you gotta admire a part 3 that takes risks like that, I think a lot of fans of the other two will be disappointed because they only like cowboy movies and not vampire movies, but the filmmakers know there are some of us out here who like both and you know if life hands you eggs, you gotta break a few if you want to make omelettes.

Anyway, it will be interesting to see what will happen in part 4. The hangman’s daughter turns into this character Santanico the vampire princess, and the hangman said that he tried to kill her when she was a little girl but she just kept coming back. So this is definitely a more powerful vampire than the others and I really don’t know HOW the fuck they are gonna be able to kill her, if at all. It will be tough so I look forward to seeing how they pull it off in part 4, even though this one wasn’t that great.

DTV DTV prequels Michael Parks Orlando Jones P.J. Pesce Rebecca Gayheart Robert Rodriguez Sonia Braga Temuera Morrison
This entry was posted on Tuesday, January 18th, 2000 at 8:04 am and is filed under Action, Comedy/Laffs, Horror, Reviews, Thriller. You can follow any responses to this entry through the RSS 2.0 feed. You can leave a response, or trackback from your own site.

3 Responses to “From Dusk Till Dawn 3: The Hangman’s Daughter”