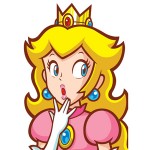 Well damn man this is the problem I’m having. Apathy. Lack of participation. Nobody likes me. Etc.

Now don’t get me wrong, I really really appreciate you motherfuckers who read the column. You know who you are. But it’s hard when a dude pours his heart into a thing like this and nobody fucking cares.

Now okay, I can’t make you care about an old ex-con who is currently facing a possible lawsuit due to an incident which occured on the evening of October 31st on my own fucking property. It’s up to you to show a little fucking human emotion and caring, in my opinion.

What I’m asking is this though. I know there are like two or three of you motherfuckers who CLAIM you like my Writing. IF in fact that is the case you gotta help me out man. Now if I was Writing a book, or a fucking newspaper, or god help me a fucking talk show monologue – okay, if that was the case, you motherfuckers would be perfectly appropriate just sitting there on your ass not sayin nothing.

HOWEVER, this is the medium of THE FUCKING WEB which is about INTERACTIVE Writing and etc. It is not a passive medium in my opinion and anyone who thinks a web Sight should be the same as a newspaper I would like to talk to a motherfucker who believes that I have a few choice words for the little prick.

SO THEREFORE what you gotta do is you gotta send me some e-mail or sign the guestbook or whatever and let me know your out there. Let me give a few examples of where this did NOT happen:

Point is you gotta let me know whats going on. How am i doing. What are you guys into right now. How can i improve. etc. If you guys don’t do it its gonna be only the stupid motherfuckers who get a word in.

same thing with cops. Okay, I am not a fucking anarchist. I agree that there should be rules (including the ones that landed my sorry ass in the joint). And if there are gonna be rules there are gonna have to be people to enforce them. BUT, you gotta be suspicious of the fucking prick who WANTS to be the guy to enforce the rules. I mean, what the fuck kind of personality gravitates you to that?

And of course, this also applies to prison. Okay, believe it or not the vast majority of motherfuckers in prison honestly are nice individuals. these are individuals who maybe robbed somebody or credit card fraud or whatever, okay, that was a weasely thing to do, but overall they are friendly and not out to hurt other dudes. If it were up to these dudes, the prison would be a pretty easy going, laid back type of place and everybody gets along.

BUT, then there are the vocal minority, who like to rape dudes or start the race gangs or whatever. And because these are the dudes who speak up and make their case, everybody has to go along with it.

And thats the same thing with my web site. If you don’t tell me what you think all I got to listen to is a couple of these motherfuckers in my guestbook, and what they tell me is that I’m an idiot and i should stop. and to be frankly honest that is not what I want to do, you guys. 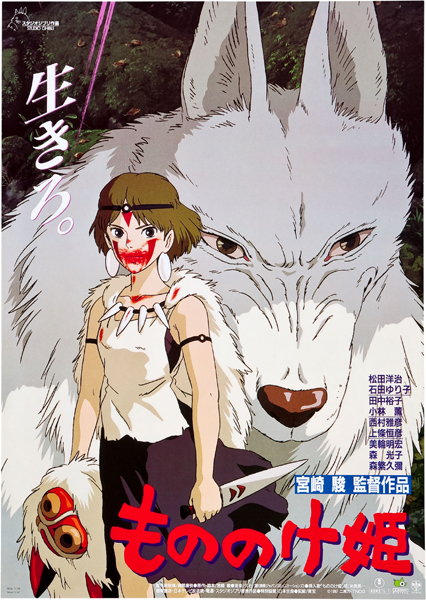 ANYWAY, fuck that man i’m gonna get down off my soapdish or whatever. this week there is a little flick by the name of Princess Mononke. Now what this is is a cartoon that the japanese make – now bear with me here – this is a type of cartoons that is for adults. A lot of people don’t know this but in japan, the cartoons are made for adults. Well here I have learned its nerdy dudes in their twenties over here, but in japan its for adults. now what these movies are about generally is there is a demon that rapes a chick, or there is a robot, or whatever. But this one is better.

You may have seen a cartoon before that is from japan and not realized it, here is the secret to telling the difference. if it is an american cartoon, it is about animals and they are singing songs all the time. if it is a japanese cartoon, it is about a young girl and there is at least one spot where her dress flies up and you see the panties. If it doesn’t have one of those two things, i don’t know its probaly korean or some shit, i don’t knwo for sure.

Now as far as princess mononoke, this is a different type of cartoon than i’ve ever seen before. It is sort of a love romance set against an epic backdrop. It is a legend or a fairy tale, dealing with the warring factions of humans in the last days of the gods. the gods are played by giant wolves, gorillas or even weird things like a deer with a guy’s face and a giraffe for a neck. this is about the environment, with a hero who is slowly being eaten away by a demon just as the world around him is being devoured by technology. Its also about the way people relate to each other, the way they deal with the past, or about the sacrifices of “progress” in a civilization. It is rich with emotion and with a passion for detail. It has a distinct feel of japanese mythology and at the same time a universal, emotional feel.

I didn’t know what the fuck was going on, actually. but I will definitely see it again.

Well I will that is IF it lasts long enough. You motherfuckers gotta go see this thing so it builds an audience. It’s JUST like the prison system, my lack of e-mail, etc. You gotta speak up and say THIS is what i want, to experience another dude’s culture through Art, not just watch YET another men in black sequel or whatever. You gotta get your fucking priorities straight in my opinion.

This entry was posted on Monday, November 8th, 1999 at 7:39 am and is filed under Cartoons and Shit, Reviews, Vern Tells It Like It Is. You can follow any responses to this entry through the RSS 2.0 feed. You can skip to the end and leave a response. Pinging is currently not allowed.