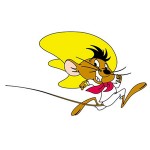 however i must say otherwise it was pretty interesting shit, pretty god damn interesting in my opinion. Lola, for instance, that bitch can really run. she don’t sweat, either. I know from experience that takes a lot of skill and conditioning. To be frankly honest I have not run from the cops as often as many. Not to brag but i just didn’t get found out too often. I have had my shares of mad dashes for the woods however. Trust me no matter how often you lift weights or whatever when you start to run it is not a pretty fucking sight. your heart is beating fast and the adrenaline and everything, but your about ready to piss yourself. you can feel the sweat dripping down your sides, the mud soaking into your socks (if your lucky enough to have them), taste the blood in your dry mouth. it’s pretty fucked up as far as I’m concerned and I would not recomend it to anyone. you start to cramp up and your breath is burning up your lungs and you just want to lay down and take a fucking nap or something. When was the last time you ran? Cooped up in that cage it’s not even possible. What are you gonna do run in circles? so anyway that’s how i know this bitch is a pretty fucking good runner in my opinion. 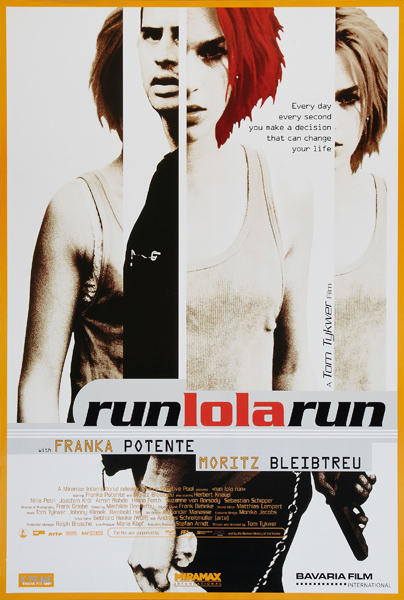 also this movie sort of reminds me of a movie I rented by the name of natural born killers. I think some of you action fans no exactly what I’m talking about. This is a road movie that is almost the same as run lola but a little more down to earth. it’s the same how it has all the cartoons and everything and it’s all druggy trip out movie making like back in the 60’s. Run Lola is a little more psychedelic because of the german electric music and what not. i think i liked the natural born killers better though because the characters are more average joes that you can relate to. in run lola she doesn’t really have a motive. she’s just this weird german chick with fucked up hair. i mean nothing against lola i would definitely fuck the girl but you have to admit the hair is kind of weird for a girl.

You do have to admit that the natural born killers borrowed a lot from german movies though how it’s flashing to different stuff all the time and weird pictures projected onto people and all this kind of weird shit that the germans are so good at. I don’t mean to say that germans are all weird. i have met some pretty fucking good germans right here on this news group in my opinion. so fuck anyone who is against all germans. There are exceptions to every rule.

Anyway i would like to hear other people’s thoughts on run lola. it is definitely one of the best german movies i’ve seen in a long god damn time.

Franka Potente Tom Tykwer
This entry was posted on Friday, June 18th, 1999 at 12:19 pm and is filed under Reviews, Thriller. You can follow any responses to this entry through the RSS 2.0 feed. You can skip to the end and leave a response. Pinging is currently not allowed.