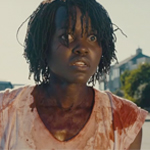 I don’t want to write anything tip-toeing around those things they held back in the marketing. I’m thankful the trailer didn’t give away the whole game. So I’ve written a VERY SPOILERFUL review for after you’ve seen it only. I hope if you haven’t seen it you’ll come back after you have. END_OF_DOCUMENT_TOKEN_TO_BE_REPLACED